Quote of the Day (Cyndi Lauper, on Her Teens and Her Individuality) 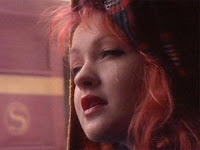 “I withdrew, into music, records. I was different, and I was…you know, kids are cruel to each other. Now, it doesn’t bother me. I don’t give a shit what anybody says about me. You don’t like it, too fuckin’ bad. Because the truth is, you can’t stamp out individuality – there’s too many of us.”—American musician Cyndi Lauper, quoted in Kurt Loder, “Cyndi Lauper: Dream Girl,” Rolling Stone, May 24, 1984
Posted by MikeT at 7:33 PM No comments:

Movie Quote of the Day (W.C. Fields, Eliciting Info on an Illicit Woman)

Cuthbert J. Twillie [played by W.C. Fields]: “Tell me, prairie flower, can you give me the inside info on yon damsel with the hothouse cognomen?”

Cuthbert J. Twillie:” I don't mean some woman out in China.”

Mrs. Gideon: “Well! I'm afraid I can't say anything good about her.”

Cuthbert J. Twillie:” I can see what's good. Tell me the rest.” — My Little Chickadee (1940), screenplay by Mae West and W.C. Fields, directed by Edward F. Cline
Posted by MikeT at 8:27 PM No comments:

The formal scientific name for this flowering plant from the aster family is Artemisia mauiensis. Whatever you want to call it, I thought it was striking enough to photograph it when I went to the New York Botanical Garden over a month ago.

It must have struck Georgia O’Keeffe with special force when she visited Hawaii on a nine-week journey in 1939. Everything in the world was farther apart and so much more exotic back then, an impression reinforced through every image and every letter from the artist in the Botanical Garden’s fascinating exhibit about it.
Posted by MikeT at 5:30 PM No comments:

Quote of the Day (Peter Abelard, on the Means of Salvation)

“Everyone wishes to be saved, but few will use those means which religion prescribes.”— French scholastic philosopher, theologian, and logician Peter Abelard (1079-1142), in The Love Letters of Abelard and Heloise, translated by Israel Gollancz and Honnor Morten, Letter VI (1901)
Posted by MikeT at 8:52 AM No comments:

Quote of the Day (F. Scott Fitzgerald, on Character) 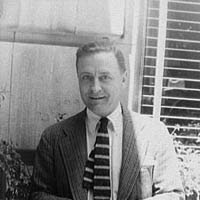 “He believed in character. He wanted to jump back a whole generation and trust in character again as the eternally valuable element. Everything wore out.” —American novelist and short-story writer F. Scott Fitzgerald (1896-1940), “Babylon Revisited,” in Taps at Reveille (1935)
Posted by MikeT at 4:57 PM No comments:

Photo of the Day: A Broadway Institution 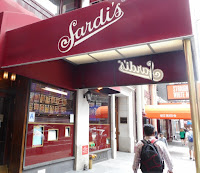 Twice daily on my way to work for the past 18 years, I’ve passed one of the longest-running shows on Broadway. But I was so eager to reach my destination (my office at Rockefeller Center to start the day, my home at the end of it) that I never stopped to look at it—until this week, when I took the photo accompanying this post.

A “long-running show”? No, I don’t mean an Andrew Lloyd Webber musical, but a tradition that’s been around far longer: the restaurant Sardi’s, a favorite hangout for both established and aspiring actors in New York’s theater district. It opened in 1921 as The Little Restaurant, but since 1927 has been at its current 44th Street location with its more famous name (taken from founding owner Vincent Sardi Sr.).

Sardi’s gave rise to the Tony Awards in the late 1940s. When actress-director Mary Antoinette Perry, a longtime customer of the restaurant, passed away, producer Jacob Wilk decided to commemorate her while dining there.

But it may be even more famous for what you can see even from outside: its caricatures. As many as 1,200 have hung from its walls over the years. Some actors (e.g., Maureen Stapleton, Bette Midler) have not been fond of their admittedly exaggerated likenesses and even have had them redrawn. But there is no doubt that they constitute a kind of de facto Broadway hall of fame.
Posted by MikeT at 11:50 PM No comments: