I came upon this Super Bowl promotion, Extra Point Kick, in Times Square tonight on my way home from work.  In fact, this was just the beginning of “Super Bowl Boulevard,” running through Times Square down Broadway—the center of all kinds of activity this week as the Denver Broncos and the Seattle Seahawks compete for the Vince Lombardi Trophy.

There’s been a fair amount of mutual mumbling and jousting between New York and New Jersey this week over bragging rights to the game. The latter state, you might recall, is where the game will be played on Sunday night, in the Meadowlands.

As for me, I regard this as a stupid food fight. I’m not sure that all the outside visitors will sufficiently compensate the residents of this area for the major traffic and security headaches being incurred this weekend. Moreover, with each revelation of another player falling victim to memory loss, dementia and depression induced by concussions, I often wonder why I continue watching this violent sport.

Without the Giants in it this year, I really "don't have a dog in this hunt," as the saying goes. If pushed, I'll go with Denver because of Peyton Manning's fraternal connection, through Eli, to my home team. But the only thing I'll really be paying attention to during the game, I think, is the halftime show, to see how well Bruno Mars does.
Posted by MikeT at 11:53 PM No comments: 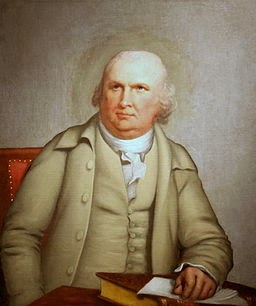 Reputedly the richest man in Philadelphia at the height of his influence, Morris was one of the most reluctant signers of the Declaration of Independence, but once he joined his colleagues at the Second Continental Congress in committing to separation from England, he threw his weight into the effort in a way that few others could match, with all his financial resources. He went on to sign the other two principal documents of the young republic, the Articles of Confederation and Constitution—one of only two people (Connecticut’s Roger Sherman being the other) to do so. He turned down Washington’s offer of the position of Secretary of the Treasury in the first Cabinet in favor of being one of the first two U.S. Senators from Pennsylvania.

Washington’s offer was not only an acknowledgement of Morris’ acumen, but the general’s appreciation for the merchant’s friendship and constant support during and after the revolution. Morris, along with other conservatives in the Continental Congress, had stood behind Washington when the “Conway Cabal” formed to supplant him as commander of the Continental Army with Horatio Gates. Throughout the war, whenever Washington put out an SOS, Morris had somehow found enough money to make sure that American soldiers were at least minimally fed and clothed—and that the small cadre of intelligence operatives who reported on enemy activities was funded.

From 1780 on, when the republic's currency was, for all intents and purposes, worthless, it was Morris' personal credit, gained from three decades as a shipper and early global capitalist, on which the Continental Army's depended. When Washington needed to make his final move toward Yorktown to trap Lord Cornwallis' army, Morris managed to secure cattle from Connecticut and flour from Pennsylvania and Virginia--all while continuing to supply the Continental soldiers with gunpowder that he had managed to shp past British authorities in Europe and the Caribbean.

In the spring of 1787, as preparations for the Constitutional Convention got underway, Washington stayed as a guest at the moneyman’s home, which an awed French visitor observed was not exceeded “by any commercial voluptuary of London.” When Washington came to Philadelphia as the first President of the republic, Morris put at the disposal of his friend this home—one formerly occupied by occupying British General Sir William Howe in the war, then, after its burning, rebuilt and enlarged by the financier—as the first executive mansion.

In a prior post, I discussed one of Morris’ other significant post-Yorktown services: his advocacy of a national mint as Superintendent of Finance. In the same post, he established the Bank of North America with a combination of his own private funds and a loan from France.

Perhaps even more than his friend Alexander Hamilton (whom he recommended to Washington as the first Treasury Secretary), however, Morris brought controversy on himself. During the war, he barely survived charges of war profiteering because he so freely mixed his official duties with his private transactions. This self-made man—large and florid, with a taste for conviviality—set about furnishing a mansion where he could entertain on the lavish scale he desired, a project that became known as “Morris’ Folly.”

Worst of all, he became caught in a perfect storm of forces—not just the punitive laws toward debt in the federal republic, but also his involvement in the first financial “bubble” of the nation. Specifically, he became the biggest land speculator in the country (including in the District of Columbia, once that was designated as the new capital). He counted on a population explosion (principally emigrants such as himself) to drive up land prices. It was a good theory, but decades ahead of time.

Morris, disregarding the advice of his mercantile partner not to overextend himself, had left the firm to concentrate on these investments.  Thus, he had nothing to count on when he began to be pressed hard by creditors. He sold off his properties piecemeal until he could stave off ruin no longer, serving three years for debt beginning in 1798. His plight led his supporters to pass a bankruptcy reform act that secured his release. He died in 1806, his affairs still a wreck.

(The image accompanying this post comes from a 1785 oil-on-canvas painting by Robert Edge Pine.)
Posted by MikeT at 11:44 PM No comments:

Quote of the Day (F. Murray Abraham, With a Mature Approach to Critics) 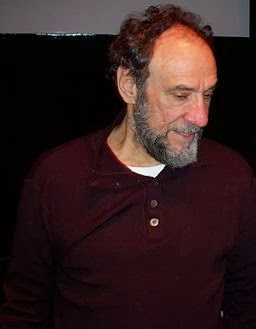 “I did [fight with a critic] once. And it was the biggest mistake. It was over the pronunciation of a word, and I called him on it. Up to that point, he’d always given me decent reviews, and ever since then, he’s been attacking me. He’s almost dead now, so it’s okay.”—Oscar-winning (Amadeus) actor F. Murray Abraham, quoted in “Intelligencer,” New York Magazine, January 20-27, 2014

It’s so nice to see an actor who doesn’t take criticism personally, isn’t it?
Posted by MikeT at 2:44 AM No comments:

Quote of the Day (Fyodor Dostoevsky, on Intelligence) 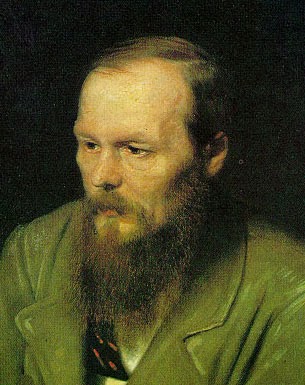 “It takes something more than intelligence to act intelligently.”― Fyodor Dostoevsky, Crime and Punishment (1865)
Posted by MikeT at 11:24 AM No comments:

I took the image accompanying this post a month ago at the Overpeck County Park Extension, not far from where I live in Bergen County, NJ.
Posted by MikeT at 11:17 PM No comments: