July 31, 1939—France Nuyen, whose exotic Eurasian looks enabled her to carve out a small but precious niche in Hollywood from the Fifties to Seventies, was born in Marseille, France, to a French mother and Vietnamese father.

The striking actress-model came to my attention in a show I recall from my impressionable youth: Star Trek.  Several years ago, when I rediscovered this particular episode, “Elaan of Troyius,” from the sci-fi series’ third and final season, what struck me were its seriocomic allusions to Shakespeare’s Taming of the Shrew and Antony and Cleopatra, Shaw’s Pygmalion, and, of course, in its title (a sound-alike of Helen of Troy, the world’s most beautiful woman), The Iliad.

In the series’ characteristic way, its depiction of the title character looks backward (to the above literary sources that dramatize a young woman, often a foreign princess, intent on getting her way against an older male from outside her environment) and forward (it would provide a major theme of spinoffs The Next Generation, Deep Space Nine and Voyager—the crew tasked to transport foreign dignitaries amid intergalactic peril).

But what struck me as a youngster was not any of this literary or pop-culture analysis, but the way that Elaan turned square-jawed, resolute, brave Capt. James T. Kirk into a hopeless puddle of passion through the drop of a tear.

“Oh, oh, here we go again. The old juice...stronger than any acid,” Spencer Tracy snorted at wailing wife Katharine Hepburn in Adam’s Rib. But ol’ Spence might have reacted differently in the presence of Ms. Nuyen’s hot-tempered but comely alien.

Several Internet sites (notably, the Internet Movie Data Base) suggest that Ms. Nuyen might have been the first person of Vietnamese descent to appear on American television. I am unable to prove or disprove that assertion. But I think it would certainly be correct to say that she was the first actress with such ancestry to make her mark on the big screen and TV.

She came along during a post-WWII atmosphere in which Americans thought back to their recent encounters with Asians—with a strong undercurrent of male wish fulfillment about females of this race, in particular.

Indicative of that would certainly be the 1958 movie adaptation of South Pacific, in which Ms. Nuyen played Liat, or I Spy, the popular series of the mid-to-late Sixties, where she acted and fell in love with her eventual second husband, Robert Culp.

But she made a more enduring impression through her Star Trek appearance—not only because the series has played somewhere all the time all over Earth in the half-century since NBC canceled it, but also because sci-fi fans—and especially aficionados of this show—are so obsessive.

It’s indisputable that, amid the murky, fight-for-survival vibes of the show’s last season, “Elaan of Troyius” cannot be ignored. In a post on “The Movie Blog,” “Darren” speaks for a not-inconsiderable portion of the show’s fan base offended by the perceived sexist and racist teleplay by John Meredyth Lucas.

But if you look at many comments on a YouTube segment from this episode, there is an equally large component of the fan base who could care less about any of that. Elaan’s alien tears might have been the functional equivalent of the love potion from Tristan and Isolde.

But the (overwhelmingly male) YouTube commentators I read thought that was an unnecessary plot device. Captain Kirk was so randy, they figured, that, once he got a good luck at Elaan’s skimpy outfit, he’d be a goner for her, anyway.

(In an interview for StarTrek.com four years ago, Ms. Nuyen remembered that her costumes only finished being sewed on her just before she went on camera, and her heavy Cleopatra-style wig, because it didn't turn at the same speed as her head, could end up with half of it on the wrong side of her face.)

Unconsciously but certainly, I absorbed one overwhelming lesson from this episode even at this early age: When in the presence of an attractive woman, a male authority figure is unlikely to think with his brain.

All the pushing, grabbing, throwing around, and—oh yes, passionate clinches—between Kirk and Elaan must have required a certain level of comfort between William Shatner and Ms. Nuyen. Indeed, they had acted together a decade before filming this show, during the Broadway run of The World of Susie Wong, and they would appear together again as a sea captain and his wife in a 1974 episode of Kung Fu, and in The Horror at 37,000 Feet.

I wonder, over the years, if Ms. Nuyen ever had occasion to share thoughts with another person of Asian descent associated with Star Trek, George Takei, on the trials and tribulations of landing acting jobs and fighting racial stereotypes at that point in Hollywood history? The whole struggle may have gotten to Ms. Nuyen, who, aside from a role in the 1993 film The Joy Luck Club, has not been as prominent onscreen in the last 40 years.

The actress has certainly accomplished much in her second career, in family practice counseling, working mostly with abused children, abused and battered women and women in prison. Even so, I can’t help but wonder how many more prominent roles that someone with her looks, vibrancy and talent might have enjoyed in today’s embarrassed “Oscars So White” environment in Hollywood.
Posted by MikeT at 8:49 PM No comments:

Quote of the Day (Paige Glotzer, on the Real Origins of Baltimore’s Struggles) 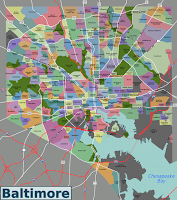 “Going back to the 19th century, there’s a long history of Baltimore officials trying to cordon off what areas of the city black people could live in. A lot of policies grew out of that, like where roads, highways and schools were built….Housing segregation set Baltimore up to be one of the hardest hit cities in the subprime housing crisis. That was because a lot of the lending that spurred the crisis was predatory, based in long-time policies of housing segregation. That meant cities such as Baltimore had many areas that had very high foreclosure rates. Especially after the recession, the city really did lose a lot of its tax base and people not only lost their jobs like so many others across the country, but also lost their homes. We’re still dealing with the impact on having so many people, especially African Americans, have their wealth wiped out through foreclosure and housing segregation.”— Paige Glotzer, a former Baltimore resident and professor at the University of Wisconsin-Madison, quoted in Mahita Gajanan, “Long Before Trump's Tweets, Baltimore Had Become a 'Target.' Here's How Segregation Helped Create Its Problems,” Time, July 29, 2019

For any reader who might nod in agreement with Donald Trump about Baltimore being a rodent- and crime-ridden city, even being the Democrats are fools to rush to the city’s defense, you might want to start by understanding how the city got to this sorry point, through a little bit of history—a subject I suspect the President never has studied much. Paige Glotzer’s reflections are an excellent place to begin.

After that, you might be interested in seeing which other cities are rat-infested. Guess what? Quite a number are in red states the President won in 2016—though it is unlikely you’ll ever hear him allude to this.

Finally, you might want to know about at least one force responsible for the rodent problem: son-in-law Jared Kushner’s own company.

Surprise, surprise!
Posted by MikeT at 4:34 PM No comments:

This Day in Film History (Birth of Peter Bogdanovich, Link Between Welles and Tarantino) 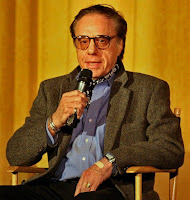 July 30, 1939— Peter Bogdanovich, a film aficionado who parlayed his obsession into a 50-year directing career in which early success was followed by crushing commercial and personal disappointment, was born in Kingston, NY.

The men that Bogdanovich admired most—the likes of John Ford, Alfred Hitchcock, Orson Welles, Howard Hawks, Leo McCarey, and Buster Keaton—invented the grammar of film practically out of whole cloth from the Twenties to the Forties, while still bringing their own life experiences and immersion in other media.

Bogdanovich was part of a later generation who grew up with film as much a part of their language as English, thanks to obsessive viewing, first on TV as children, then, as adults, through film schools (George Lucas, Steven Spielberg, Brian de Palma) or another artistic institution (in Bogdanovich’s case, the Museum of Modern Art, where he served as a programmer in the early Sixties).

The natural culmination of this habit of obsessive viewing might be Quentin Tarantino, who rose from video-store clerk to Oscar-winning auteur over the last quarter century. Tarantino is enough of a fan that he has had Bogdanovich stay as a house guest for an extended period.

Over the years, Bogdanovich has been targeted with so much opprobrium—first jealousy, because of his initial trio of successful movies (The Last Picture Show, What’s Up Doc?, and Paper Moon), then scorn, because of his relationship with model-turned-actress Cybill Shepherd—that he might be forgiven for feeling gratitude to the younger Tarantino.

But I would argue that Bogdanovich comes from a far different intellectual place than Tarantino: not just programming notes he wrote for MOMA, but also his Esquire film criticism. Had he never gotten behind a camera, he would have contributed just as significantly to the art of film through his commentary.

I also admit to being much captivated by his appearance in the late Nineties at Fairleigh Dickinson University, where he was promoting long-ago interviews with great directors, Who the Devil Made It.

From the moment he took to the podium, he held the audience in thrall, whether through funny derisive commentary about one of  his Last Picture Show actors, Timothy Bottoms, inside stories of films in which he was involved (and a near-miss: Lonesome Dove), and his expert mimicking of James Stewart, John Wayne and Alfred Hitchcock.

Bogdanovich might have never achieved all that he wished from his career—and, in fact, experienced severe personal and commercial let-downs in the late Seventies and early Eighties—but his films evince taste, intelligence, humor and warmth. In the best sense, he has tried to create his own works not so much by copying the camera movements of the masters he loved but by channeling the hearts of these films.

(Photo of Peter Bogdanovich taken at the Castro Theatre in San Francisco, March 7, 2008, and uploaded three days later by Eliaws.)
Posted by MikeT at 9:06 PM No comments:

Quote of the Day (Annie Dillard, on Good Days and Good Lives)

“There is no shortage of good days. It is good lives that are hard to come by.” — American poet, essayist and memoirist Annie Dillard, The Writing Life (1989)

This makes it all the more important to value those who lead “good lives.” Make them know how important they are to you…now.