These days, the coronavirus crisis has become the fight of our lives. The current occupant of the Oval Office has even taken barely concealed delight in styling himself a “wartime President.”

But the real combatants against the so-called “invisible enemy” are the doctors, nurses, and associated medical personnel thrown into a fight for which their country left them precious few weapons.

One battleground in their desperate war is Englewood Hospital, a few blocks from where I live in Bergen County, NJ. When I walked by late this afternoon and took this photo of this medical center’s exterior, I could not imagine the struggle being waged inside.

Staffers have to be as exhausted by what they have already seen as they are fearful at what is to come. Don’t imagine that before this is all over, more than a few will experience the equivalent of post-traumatic stress disorder.

Just keep these statistics in mind: As I write this, Bergen County holds the dubious distinction of having the most coronavirus cases (2,909 positive test results as I write this) in densely populated New Jersey. And Englewood places second only to adjacent Teaneck among the number of cases in the county, according to results released two days ago.

Several years from now, after all this over, when we can measure our sacrifices and losses, I suggest that plaques be erected at Englewood and other hospitals around the country to honor those in the thick of the fight—and specifically name those who put themselves at risk so the rest of us might live.

Will doctors become our new heroes? I sure hope so, but based on not-so-distant history, I have my doubts. Nearly 20 years ago, in the wake of 9/11, America looked to the public safety personnel—the firefighters and the police—who braved the fire and preserved order on the streets. And then, Americans took too seriously the advice to “go shopping” and turned back to the business buccaneers who have periodically claimed their allegiance.

How pathetic that so many lionized not those who saved lives, but those who, when their own crisis came in the Great Recession, couldn’t even be counted on to save jobs?
Posted by MikeT at 7:20 PM No comments:

Quote of the Day (Napoleon Bonaparte, on the Caprices of Fortune)

“Profit by the favors of Fortune while her caprices favor you; fear only that she will change out of spite; she is a woman.”—French dictator Napoleon Bonaparte (1769-1821) quoted in Napoleon in His Own Words, edited by Jules Bertaut, translated by Herbert Edward Law and Charles Lincoln Rhodes (1916)

(The image accompanying this post, Adolph Northen’s painting Napoleon’s Retreat from Moscow, depicts the moment when Fortune turned away from the soldier who once held most of continental Europe under his thumb. It gives hope—a quality needed now more than ever—that, with enough time, even the mighty, with all their unscrupulousness and cruelty, can be brought to heel by fate.)

Quote of the Day (S.J. Perelman, on a Macho Husband of Liz Taylor’s) 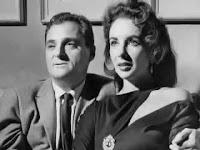 “[Film and stage producer Mike] Todd’s machismo was that common form that afflicts all undersized men—megalomania. He freely identified himself with Napoleon, P.T. Barnum, and Carl Laemmle, Junior, not to mention the Roman emperors of the decline. Whereas the latter, however, believed in giving the populace bread and circuses, Todd gave them circuses and kept the bread. Rarely if ever has there been anyone more unwilling to fork over what he owed to those actors, writers, and technicians who aided him in his grandiloquent projects of stage and screen. The little corpuscle, in short, believed in flaunting money where it made the most impression—at Deauville, Monaco, and the gambling tables of Las Vegas. In this respect, he was a true macho. My sole souvenir of our frenetic association [the film Around the World in 8o Days] is a replica of the carpetbag Phileas Fogg carried on his celebrated journey, a thousand of which Todd distributed to Broadway companions, investors, accountants, dentists, and other sycophants. But surely, his admirers have since queried me, I must have been awed by his tremendous vitality. Only in part, I respond; Moi meme, I prefer the anthropoid apes.”—American humorist and screenwriter S.J. Perelman (1904-1979), “The Machismo Mystique,” from Vinegar Puss (1975)

There were two exemplars of machismo among his acquaintances, S.J. Perelman noted in the essay from which I’ve just quoted. One, Ernest Hemingway, remains so famous that there seems little point in my belaboring the obvious. But the other, Mike Todd, is surely less familiar to my readers, and his antics—along with Perelman’s hilarious description of him—are worth recalling.

Perelman was used to show-business lunatics--he did, after all, help write some of the best screenplays (Monkey Business, Horse Feathers) for the Marx Brothers. But I think you can see here that, nearly 20 years after working with Todd, just the memory of Todd was enough to bring him to heights of wonderful invective.

“Flamboyant,” used most by journalists to summarize this showman’s life, is a pallid word for this would-be entertainment Napoleon. Undaunted by losing his shirt in the Depression when his construction business crashed, Todd was bitten by the show-business bug.

Notice that I didn’t say he was particularly wise—or good—at his work. By 1950, the profligate spending that Perelman hinted at engulfed Todd in a second bankruptcy. It didn’t help that four years before, a musical version of Around the World in 8o Days, starring Orson Welles, cratered after he had pulled out, losing virtually all of its investors’ (including Todd's) money.

Then, something astonishing happened. Shrugging off his horrifying involvement in staging the 19th-century Jules Verne novel, Todd rolled the dice on the property a second time, except now as an all-star Hollywood vehicle. He not only made his investment back over and over again, but won the Best Picture Oscar for 1956. (Perelman shared a Best Adapted Screenplay Oscar with John Farrow and  James Poe).

Oh, yes, another sign of Todd’s machismo, perhaps the major reason why he is remembered at all today: the last of his wives, Elizabeth Taylor: the equivalent of today’s trophy wife, a woman at the height of her glamor—and less than half his age, as you might be able to tell in the picture accompanying this post. (He would be the third of her eight husbands.)

When he died at age 50, in a crash of his private plane, Todd nearly took down with him the one man in Hollywood who could credibly exceed him in machismo: Kirk Douglas, who, with great initial reluctance—at the behest of his wife—turned down the producer's invitation to join him on the fatal flight.

So, let’s see: A builder thirsting for the bright lights of the entertainment world, glorying in the eye-candy on his arm, spending like there’s no tomorrow, and stiffing creditors and employees—Todd was nearly 60 years ahead of his time as Oval Office material.
Posted by MikeT at 9:24 PM No comments:

Spiritual Quote of the Day (King David, on Calling Out to the Lord) 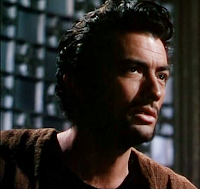 “The waves of death swirled about me;
the torrents of destruction overwhelmed me.
The cords of the grave coiled around me;
the snares of death confronted me.
“In my distress I called to the Lord;
I called out to my God.
From his temple he heard my voice;
my cry came to his ears.—2 Samuel 22:5-7

I saw a sign bearing verse 7 of this quote—the one about calling out to God— as I passed a local Baptist church yesterday morning, and it seemed perfectly chosen to reflect our nation’s—even our world’s—difficulties as we cope with the coronavirus crisis.

The verses before what you read here describe this as the words to David’s song after God “delivered him from the hand of all his enemies and from the hand of Saul. These are lyrics of thanksgiving and praise, to be sure, but in this passage, the focus is squarely on David’s desperate straits. Our dilemma, unlike David’s, is medical rather than military, but for all that, no less existential.

It has not been just the varying amounts of difficulties associated with this medical condition (from physical discomfort to death) on display these past several weeks, nor even the fear of the many unknowns associated with it, but also everything that divides us as a society—politics, media, race and ethnicity, (dis)belief in science, and class divisions.

The virus cannot be the product of a just God’s plan. At the same time, it reveals, nearly 3,000 years after King David erupted in lamentation, that the march of civilization has immunized us against the eternal self-doubts of the human heart, or of the need for God to provide us with solace and courage to face these multiple trials.

(The image accompanying this post shows Gregory Peck in the 1951 Biblical epic David and Bathsheba.)
Posted by MikeT at 5:53 AM No comments: