Quote of the Day (St. Paul to the Colossians, on ‘Christ Our Life’) 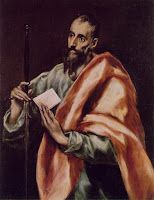 “When Christ our life appears, then you shall appear with him in glory.”—Colossians 3:4

The image of St. Paul accompanying this post was painted by the Spanish Renaissance painter El Greco (1541-1614)
Posted by MikeT at 11:50 AM No comments:

Labels: Christianity, Epistle to the Colossians, Jesus, Quote of the Day, St. Paul 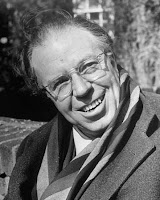 Quote of the Day (Noel Coward, on Opera) 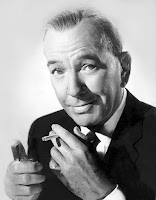 Transcendentalist essayist/poet Ralph Waldo Emerson died on this date at age 78 in 1882. “The Sage of Concord” was buried in his town’s Sleepy Hollow Cemetery, in a section known, appropriately enough, as “Authors' Ridge.” Also here: Louisa May Alcott, Nathaniel Hawthorne, and perhaps the closest to Emerson in sensibility, Henry David Thoreau. Can you think of a town of comparable size that has produced so many literati? I can’t.

Nine years ago, in the fall, I was visiting the Boston, area, staying in Lexington and Concord, when I took this photo. I could not bid goodbye to this area that had done so much to establish America’s political and literary without stopping at this site. So, on a sunny, beneficent Saturday morning, I came here.

It is entirely appropriate that Emerson was laid to rest in this spot.  He had, after all, delivered the speech at the dedication of the cemetery in 1855. It is equally appropriate that he and his family occupies the most visible family plot in this stretch of ground, as he had done so much in the antebellum period to make Concord a center of intellectual life in the United States.

The remains of three people closest to Emerson are next to him: his second wife Lidian, daughter Ellen, and most poignantly, son Waldo. The latter’s death, at age five, plunged his father into a torrent of grief, leading ultimately to the hard-won wisdom expressed in one of his greatest essays, “Experience” (1844).

The verses that appear on the bronze plaque on Ralph’s uncarved boulder that you see here—“The passive master lent his hand/To the vast soul that o’er him planned”—come from Emerson’s poem “The Problem,” which disclaims interest in ministries (“Yet not for all his faith can see/Would I that cowled churchman be”). He had shocked the sensibilities of many New Englanders when he not only gave up his Unitarian ministry in his late 20s, but went on to stress the human rather than divine nature of Jesus. The rest of his hugely influential career was spent in creating a new kind of American spirituality that extolled the “divine sufficiency of the individual."
Posted by MikeT at 9:11 PM No comments:

Quote of the Day (Victor Hugo, on Those Men Hate)

Photo of the Day: Looking South From Midtown, at the Port Authority, NYC 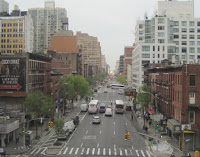 I took this photo the other morning on the best part of my morning commute into New York City: when my bus, against all odds, has made it through New Jersey toll plazas and the Lincoln Tunnel, and is about to deposit me in the Port Authority Terminal.

(I still have several streets to walk to get to my office, but—unless it’s snowing—from this point on, the trek to my job won’t be so treacherous.)
Posted by MikeT at 7:43 PM No comments: