Quote of the Day (Matt Taibbi on Mitt Romney, ‘Apostle’ of Greed and Debt) 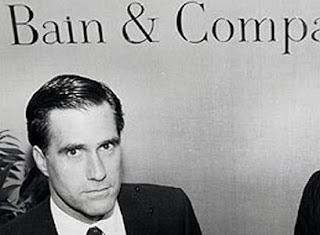 “Romney is the frontman and apostle of an economic revolution, in which transactions are manufactured instead of products, wealth is generated without accompanying prosperity, and Cayman Islands partnerships are lovingly erected and nurtured while American communities fall apart. The entire purpose of the business model that Romney helped pioneer is to move money into the archipelago from the places outside it, using massive amounts of taxpayer-subsidized debt to enrich a handful of billionaires. It's a vision of society that's crazy, vicious and almost unbelievably selfish, yet it's running for president, and it has a chance of winning. Perhaps that change is coming whether we like it or not. Perhaps Mitt Romney is the best man to manage the transition. But it seems a little early to vote for that kind of wholesale surrender.”-- Matt Taibbi, “Greed and Debt: How Mitt Romney and Bain Capital Staged an Epic Wealth Grab, Destroyed Jobs – and Stuck Others With the Bill,” Rolling Stone, September 13, 2012
Posted by MikeT at 2:37 AM No comments: 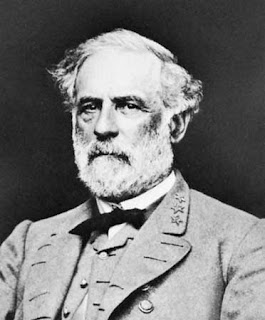 If John Pope wasn’t the most arrogant Union commander facing Robert E. Lee, he came close—and he seems to be the only one that got under the skin of the Virginian. That made all the sweeter the thrashing given by the Rebel forces to Pope at the Second Battle of Bull Run from August 28-20, 1862. Only 13 months after overconfident Federals fled the battlefield in confusion, they narrowly escaped annihilation on the same ground.

(A short but necessary digression about nomenclature: Though this post is keeping the manner in which the Union referred to the battle, it has been called Second Manassas in the South. This conforms to the frequent differences in names that the two sides used. The North, many of whose soldiers came from urban areas, were impressed with some point of natural geography—in this case, the creek known as Bull Run. The South’s soldiers were more struck by a nearby community or railroad—in this instance, Manassas Junction. The same distinctions can be seen in Antietam vs. Sharpsburg, or Stones River vs. Murfreesboro.)

The Confederate victory, marking a distinct advance on Lee’s assumption of command at the Seven Days Campaign two months earlier, went so remarkably well, in fact, that one of the Virginian’s two principal lieutenants, General James Longstreet, would later observe that it was his greatest triumph of the Civil War.

For many, the Union defeat couldn’t have happened to a more appropriate guy than Pope. Having made a name for himself with a minor victory on the Mississippi, he had been called East by the Lincoln administration to command the Army of Virginia, a unit recently restructured from the forces of General Irwin McDowell, Nathaniel Banks and John C. Fremont—all his superiors in rank. Fremont, annoyed, resigned his command. It wasn’t an auspicious start for a campaign that would be marked by military politics.


Despite initial claims of cooperation by both men, Pope and General George McClellan, recently forced by Lee to abandon the Seven Days campaign against Richmond, were soon at each other’s throats. Pope wanted McClellan to withdraw from the Peninsula leading to Richmond in order to reinforce him. McClellan wanted to maintain his forces as a whole at Harrison Landing for a future campaign (which his detractors increasingly wondered would ever come).

McClellan could not have failed to notice the warm reception given Pope by the Radical Republicans in Congress. They were so grateful to find a commander who shared their vision of tearing up slavery root and branch that they didn't look terribly closely at his skills. They despised McClellan, who, in addition to being a Democrat with his own political ambitions and a badly concealed contempt for President Lincoln, was in no hurry to dismantle Southern property.

Sulking over his plight, McClellan was slow in sending reinforcements to Pope. This would have major consequences for the coming campaign.

Pope made matters worse by simultaneously irking both his new force and the Confederates. Upon assuming command, in an address to his troops that would become notorious, he informed that he had come “from the West, where we have always seen the backs of our enemies.''

His men, many of whom had already fought bravely at the Seven Days and, in many cases, earlier, at the first Battle of Bull Run, chafed at the implications about their performance. Lee’s soldiers took careful note of this boasting, along with a later claim by Pope that his headquarters were “in my saddle.” (The joke about the latter was that for most people, their hindquarters were in the saddle.)


The Confederates were positively incensed, though, by Pope’s General Orders No. 7, which warned that the people of the Shenandoah would be “held responsible for any injury done to the track, line, or road, or for any attacks upon trains or straggling soldiers by bands of guerrillas in their neighborhood.” Anybody caught firing at soldiers from a home would be shot, “without awaiting civil process."

This would be an early example of the total-war tactics that would later be used by Grant, Sherman and Sheridan. Lee, not liking it a bit, would use one of his prized lieutenants to “suppress Pope.’

In the midst of organizing his army, sending memos out right and left, Pope had the misfortune of having Confederate cavalry leader J.E.B. Stuart raid his headquarters. (Luckily for the Union general, he wasn’t there.) The item that brought the most joy to the Rebels was Pope’s cloak, but the infinitely more valuable prize were his papers—including correspondence indicating that a portion of McClellan’s force would be joining Pope’s.

Lee had a choice: retreat in the face of what was likely to be overwhelming Union strength, or strike fast at Pope before he had a chance to concentrate his forces and McClellan’s against him. In another indication of his aggressiveness as a leader, Lee chose to strike.

In what would be his major organizational structure for the next year, Lee divided his army between corps commanders James Longstreet and Stonewall Jackson. The latter, whose lethargic performance in the Seven Days campaign had lifted eyebrows, used this campaign to rebuild his reputation, with a more characteristic, lightning-fast march north and east to threaten Pope’s supply depot at Manassas Junction. Withdrawing west, Jackson moved to Stony Ride on August 28, attacking a Union column.

Results were indecisive that day, and after another day’s bloody fighting, Pope was convinced he could overwhelm Jackson at last. Little did he realize the trap he had fallen into: Longstreet had reached Jackson’s right flank and was ready to pounce.

On August 30, Longstreet raked Pope's forces with artillery fire and flung five divisions, or 25,000 of his men--the largest mass assault Lee would launch during the war--against Pope. It worked like a charm. The only disappointment was that Lee's soldiers were not able to pursue the battle of annihilation he desired: fierce resistance from a few regiments allowed the Federals to withdraw, and oncoming darkness and rain presented the terrible possibility that the Confederates would have been firing into their own ranks.

As it was, there was much to be pleased about the results: Union losses of 13,830, versus only 8,350 for the Confederates. The Federals were not only pushed farther away from Richmond, but even back toward Washington.


Douglass Southall Freeman, in his Pulitzer Prize-winning biography Lee, aptly summarized the all-around gains in achieved by his subject after the Seven Days campaign: “Like his tactics, Lee's strategy was better at Second Manassas than around Richmond. It was better because it was somewhat simpler, and, still more, because it placed responsibility in the hands of fewer men. This concentration of authority was one reason for success. Another reason was the excellent logistics. Lee's troop movements had been prompt and rapid. Lee's strategic plan succeeded, thirdly, because at nearly every stage of the campaign his reasoning from his evidence was sounder than his adversary's. He had drawn the right conclusion concerning the movement and destination of McClellan's army, and had been correct to the very day in his calculation of when Pope received his first substantial reinforcements from the Army of the Potomac.”

With the Federals thrust back farther away from Richmond, the momentum of the war—and the strategic initiative—lay with Lee, who now determined on a more daring thrust into the North, into Maryland—leading to Antietam, the bloodiest single day in American history.