I took the attached photo exactly a year ago, on a weekend stop in Pittsburgh. No occasion since then has seemed appropriate to blog about this, till this week—the 70th anniversary of the start of American involvement with the Korean War.

In a way, Pittsburgh’s Korean War Memorial is a throwback to an age when state and local authorities rather than the federal government commemorated the wartime sacrifices of its citizens.  The Vietnam Veterans Memorial changed all that.

Since 1995, visitors to Washington have been able to see the Korean War Veterans Memorial. But, though directed at the national level, this conflict was fought by local boys all around the country—and the word “boys” is not stretching matters much, as those drafted were as young as 18 1/2. The youngest Korean War veterans, then, would be close to 90 today.

Many, of course, never had the chance to live this long, including the approximately 2,300 men service personnel from Western Pennsylvania whose names are inscribed on the memorial in Pittsburgh. The memorial—installed in 1999, located between Heinz Field and PNC Park, on the Allegheny River’s North Shore—also includes plaques showing different phases of the conflict, as well as a stepped fountain.

A bas relief for the memorial, erected by the Korean War Veterans of Western Pennsylvania, reads:

They told us, ‘We are going to have peace even if we have to fight for it.’ So we fought in the mountains on Heartbreak Ridge and waded ashore at Inchon. We froze in the winter and baked in the summer sun. At times, we were greatly outnumbered; but we still fought on and many of us gave our lives for Freedom…for Justice…and for Peace.

The ambiguous nature of the war (a ceasefire ended hostilities, but no peace treaty was ever concluded) may have worked against honoring in a timely fashion those who fought it. It is probably a mistake to call this America’s “Forgotten War” (can any conflict dramatized on network TV in M*A*S*H over 12 years really be called “forgotten”?), but “Misunderstood War” might be appropriate.

Several aspects of the war make it unique among modern conflicts—and distinguish it from a later Asian conflict, the Vietnam War:

*The United States was broadly supported in the war, with 16 nations entering on the side of South Korea.

*For a fleeting moment in the post-WWII era, the United Nations acted against an aggressor. (With the USSR boycotting the Security Council over the issue of Red China’s admission to the UN, the path was clear for the US to push through resolutions calling for the Soviet-supported North Korea to withdraw from South Korea.)

*This was not to say, however, that the war was fought on an entirely legal basis. Not only did President Harry Truman send forces to the Korean peninsula without prior congressional authorization, but he never asked Congress for a formal declaration of war that would have stated the conflict’s causes and war aims.
Posted by MikeT at 5:56 PM No comments:

Quote of the Day (David Burge, on Sustaining Hope) 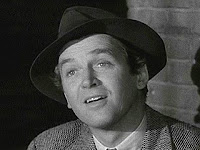 “Sustaining hope benefits not only you but everyone around you—even those hopeless, eye-rolling cynics who remain immune to your good cheer.”—Satirist and blogger David Burge in The Seven Deadly Virtues: 18 Conservative Writers on Why the Virtuous Life is Funny as Hell, edited by Jonathan V. Last (2014)

(The image accompanying this post is one of the best examples of the value of hope and good cheer—Jimmy Stewart, in the 1950 film Harvey.)
Posted by MikeT at 3:54 AM No comments:

Quote of the Day (Douglas Adams, on Things That Go Wrong) 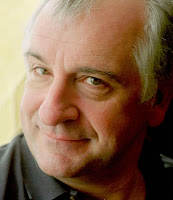 (This portrait of Douglas Adams was taken by Michael Hughes.)
Posted by MikeT at 7:12 AM No comments:

Spiritual Quote of the Day (St. Augustine of Hippo, on God’s Mercy)

“What mercy could be greater, so far as we poor wretches are concerned, than that which drew the Creator of the heavens down from heaven, clothed the Maker of the earth with earthly vesture, made Him, who in eternity remains equal to His Father, equal to us in mortality, and imposed on the Lord of the universe the form of a servant, so that He, our Bread, might hunger; that He, our Fulfillment, might thirst; that He, our Strength, might be weakened; that He, our Health, might be injured; that He, our Life, might die? And all this [He did] to satisfy our hunger, to moisten our dryness, to soothe our infirmity, to wipe out our iniquity, to enkindle our charity. What greater mercy could there be than that the Creator be created, the Ruler be served, the Redeemer be sold, the Exalted be humbled and the Reviver be killed?” — Theologian, philosopher, and bishop St. Augustine of Hippo (354 AD-430 AD), The Fathers of the Church: St. Augustine: Sermons on the Liturgical Seasons, Volume 38, Sermon 207, translated by Sister Mary Sarah Muldowney (1959)
Posted by MikeT at 7:00 AM No comments:

Quote of the Day (Anne Case and Angus Deaton, on a Different Epidemic—‘Deaths of Despair’)

“The epidemic of deaths of despair in the United States neither was nor is inevitable, but other rich countries are not guaranteed to have immunity from this American disease. For now, the United States is something of an anomaly among wealthy nations, a status it owes to specific policies and circumstances. But other countries may find themselves following in American footsteps. If wage stagnation persists in Western countries and if the use of illegal drugs grows, the social dysfunctions of the United States could well spread in a more concerted way. Working classes elsewhere are also grappling with the consequences of globalization, outsourcing, and automation. The dynamic that has helped fuel the U.S. crisis of deaths of despair—of elites prospering while less educated workers get left behind—may produce similar devastating results in other wealthy countries.”— Anne Case and Angus Deaton, “The Epidemic of Despair: Will America’s Mortality Crisis Spread to the Rest of the World?” Foreign Affairs, March/April 2020

Given the long lead times of print magazines, this article was likely written when COVID-19 still had not devastated the American economy.

Even with this slightly premature analysis, Case and Deaton present alarming numbers on how, in recent years, the American Dream has proven ever more elusive. Increased “deaths of despair”—a phrase they coined five years ago to account for fatalities caused by drug overdose, alcoholic liver disease, or suicide—have, combined with deaths from heart disease, produced a reversal in long-term U.S. gains in life expectancy at birth from 2015 to 2017.

Nothing like this, they report, has been seen since—but naturally—“the influenza pandemic at the end of World War I.” How much more pointed might have been the conclusions of Case and Deaton—economics professors at Princeton—if they could have sensed the calamity to come.

In a globalized economy, it doesn’t take long for an epidemic—whether a fast-acting medical one or a more slow-moving, metaphorical demographic one—to jump borders.
Case and Deaton trace the roots of this crisis partly to the disappearance of good, well-paying jobs and partly to the high cost of health care. Rather than the wholesale state interference with the economy advocated by the likes of Bernie Sanders and Alexandria Ocasio-Cortez, they advocate “public policy that raises wages and builds a more comprehensive social safety net,” especially as it relates to regulating the current out-of-control health-care system.

In the current era of extremist positions right and left, the authors’ proposals may strike many as nothing unusual. But their explanation of this crisis long in the making is detailed and compelling. As Linda Loman warned her sons about the tragedy befalling her husband in Arthur Miller’s Death of a Salesman: “Attention, attention must be paid.”

Nobody knows yet just how extensive the psychological fallout from the worst American economic downturn since the Great Depression will be. But does anyone doubt that it will produce more than its share of new Willy Lomans?

(One fictional example of a “death of despair” was the title character of the Roseanne reboot, pictured here. That plot development may have been triggered by toxic comments by the series’ controversial star, Roseanne Barr, a year and a half ago. But Roseanne Conner’s death—which, her shocked family discovers, resulted from an accidental opioid overdose—was very much in keeping with a show that, in its original nine-year original run, was at pains to show how close to the edge the blue-collar Conners came to falling victim to larger forces beyond their control.
Posted by MikeT at 1:54 PM No comments: