When The Adventures of Huckleberry Finn was published in the United States in February 1885, it was still a long way off before academics began to consider the novel as a meditation on race relations, child abuse and family dysfunction, the problems inherent in civilization, the seemingly ineradicable stain of violence in American life, or even, of all things, whether something called a “homoerotic” relationship developed on the Mississippi between the white boy Huck and the runaway slave Jim.

What people did talk about—very much to the delight of its author—was what a great sequel this was to the great boys’ book from the pen of Mark Twain nine years before, The Adventures of Tom Sawyer.

There’s another way entirely, though, of thinking about the novel and its place in American literature, provided by Ernest Hemingway. In a much-quoted section of his 1935 travel journal, Green Hills of Africa, “Papa,” in full declamatory mode, suggested the size of his debt to Twain—and some of the problems that readers have had ever since with this unbelievably rich but deeply imperfect picaresque tale of two misfits in full flight from civilization:

"All modern American literature comes from one book by Mark Twain called Huckleberry Finn. If you read it you must stop where the Nigger Jim is stolen from the boys. That is the real end. The rest is just cheating. But it's the best book we've had. All American writing comes from that. There was nothing before. There has been nothing as good since."

What comes after “the real end,” comprising a full third of the book, involves Tom Sawyer’s idiotic plot to capture Jim again, so that his escape can be staged more dramatically. That denouement has been largely regarded as a cruel and pointless narrative twist, but not by Twain himself. He thought it was “the biggest card I’ve got in my whole repertoire”—proof positive that authors, even the best of them, are not always the best judges of their own work.

That view can be understood a bit more readily when it is remembered that Twain viewed himself primarily as an entertainer.

Not an obsessive stylist like his near-contemporaries Gustave Flaubert and Henry James (or, for that matter, Hemingway himself), Twain rode waves of inspiration rather than doggedly pursued a particular plot point until he hit gold. He wrote his masterpiece over the course of eight years, with an initial burst of energy in 1876, right after the great success of Tom Sawyer, only to find the creative well running dry.

We now know, following the rediscovery, in 1990, of the long-missing first half of the manuscript, that Twain came to a dead halt toward the start of the section involving the Grangerfords and their feud. He would pick it up intermittently over the next couple of years, with themes developed in intervening projects making their way into the text (e.g., his research for The Prince and the Pauper led him to have two con men pass themselves off as “The Duke and the Dauphin”).

Work on Life on the Mississippi in 1883 truly catalyzed the author to reconsider the work he had previously liked “only tolerably well…and may possibly pigeonhole or burn the MS when done.”  In a prior post, I discussed how revisiting the Mississippi—and thinking about its place in his youth—marked a crucial turn in Twain’s writing.

Now, he came back to the manuscript with a direction in mind, and under that influence he finished nearly 700 handwritten pages in six weeks alone. But, for all his care with the manuscript, the disjointed nature of the writing (and the lack of a computer that could help him track changes!) meant, as Everett Emerson noted in Mark Twain: A Literary Life, that some inconsistencies crept into the text (e.g., Huck and Jim’s raft reappears—astoundingly so, considering that earlier a steamboat had “come crashing straight through” it).

Nevertheless, the writing lives. It is remarkable for the voice of its young hero, often so funny because it is so unaware of how his predicament sounds (the Widow Douglas, he writes toward the beginning, after he is returned to her, “cried over me, and called me a poor lost lamb, and she called me a few other names, too, but she never meant no harm by it”). There was his power of description (the one of Huck’s father gives a sense of a life of disorder, the exact and terrifying opposite of the civilizing forces at work in the boy as the book starts: “His hair was long and tangled and greasy, and hung down, and you could see his eyes shining through like he was behind vines”). There was the first-person narrative written in the vernacular—not so overdone as to be inpenetrable, as other experimenters with the device such as Petroleum V. Nasby had been, but instead far more carefully controlled.

Twain biographer Ron Powers succinctly sums up the case for the novel, despite its faults: “Its greatness rests on its lapidary portraiture of America as encapsulated in a time and place; on its revelatory use of vernacular American dialect as the vehicle for its story; and for the authentic passion, metaphor, self-expression, and moral reasoning released via this dialect.”
Posted by MikeT at 11:41 PM No comments:

TV Quote of the Day (‘The Big Bang Theory,’ Showing the Full Dimensions of Spock Worship) 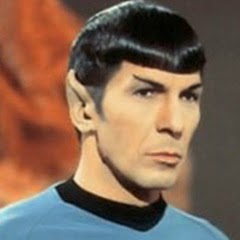 Leonard Hofstadter (played by Johnny Galecki): “Hey, where you been?”

Sheldon Cooper (played by Jim Parsons): “I'll tell you where I've been. You boys may have had gelato with Stan Lee and gotten autographed comics, but I saw the inside of his house and got an autographed application for a restraining order.”

Sheldon: “Plus, I get to hang out with him again... at the hearing. This is going to look great, hanging next to my restraining order from Leonard Nimoy.”— The Big Bang Theory, “The Excelsior Acquisition,” Season 3, Episode 16, original air date March 1, 2010, teleplay by Bill Prady, Steve Holland and Maria Ferrari, directed by Peter Chakos

I imagine that there were many real-life cases of insane hero-worship that must have bedeviled Leonard Nimoy enough to make him title his first attempt at an autobiography I Am Not Spock. With the passage of time, however, the actor who created Mr. Spock of Star Trek could look at the role not as a spur to crazy fans or as a creative straitjacket but as an assurance that he would remain a part of popular culture. Perhaps not surprisingly, then, he wrote a sequel: I Am Spock.

Fond memories of Nimoy—who died in Bel Air yesterday at age 83—that came from all corners of the globe, were not something that he or anyone else could have expected when Star Trek (marketed to network brass as, in effect, a space western) premiered on NBC nearly 50 years ago. (See my prior post on the 45th anniversary of the premiere.) Nor was the idea believable at that point that a friendship would not only blossom between Capt. James T. Kirk and his cerebral chief science officer aboard the Enterprise, but also between William Shatner and Nimoy—a fact especially unusual since, as an aghast Shatner himself confessed in Star Trek Movie Memories, other cast  members regarded him as a jerk.

Fans of the series relished the scenes when Dr. McCoy spluttered in rage over his fellow ship officer's stone-cold logic. It’s appropriate, then, that the contours of Sheldon in The Big Bang Theory are modeled, in a sense, after his hero, Mr. Spock. Sheldon can seem every bit as infuriatingly logical as the Vulcan—even more so than his friends, only somewhat less socially awkward fellow Caltech geniuses Leonard, Howard and Raj (let alone than Penny, the blonde they gravitate toward).

Yet Sheldon, like the alien born of a human mother, has an emotional side that comes out when he least expects it—a circumstance that endears him, as it did Mr. Spock and Nimoy himself, to audiences.
Posted by MikeT at 7:52 PM No comments:

Quote of the Day (Tennessee Williams, on ‘All Cruel People’)

Quote of the Day (Comic Wil Shriner, on Having ‘No Perception of Time’) 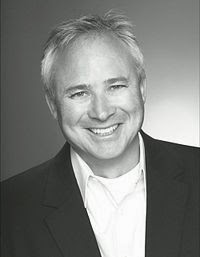 "(I told my shrink) I had no perception of time. He said, 'Your three hours are up.'”—Actor-comedian-game-show host Wil Shriner, quoted in Duncan Strauss, “O.C.Comedy Review: Will the Real Wil Please Stand Up?”, Los Angeles Times, October 26, 1989
Posted by MikeT at 2:45 AM No comments:

Quote of the Day (Emma Thompson, on How ‘Books Are Like People’)

“I think books are like people, in the sense that they'll turn up in your life when you most need them.” — Oscar-winning actress and screenwriter Emma Thompson, “Emma Thompson's Books That Made a Difference,” O Magazine, November 2003
Posted by MikeT at 2:43 AM No comments: