Quote of the Day (Virginia Heffernan, on the Horror of Meetings) 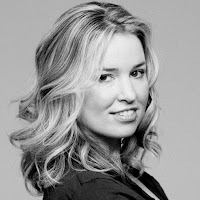 ‘‘ ‘Meetings’’’: The very word is enervating. With the freedom to peaceably assemble so high up on America’s founding priority list, you’d think that the workers of the free world would gather with more patriotic vigor, just as we speak, bear arms and pursue trials by jury. Instead, the spirit in which we come together, almost hourly in some professions, is something closer to despondency. Fifteen percent of an organization’s time is spent in meetings, and every day, the transcontinental conference room known as the white-collar United States plays host to 11 million meetings...One study mysteriously calculates that the nation wastes more than $37 billion in ‘unproductive meetings.’’’ —Virginia Heffernan, “Meet Is Murder,” The New York Times Magazine, Feb. 28, 2016
Posted by MikeT at 2:51 AM No comments:

Quote of the Day (Leo Rosten, on Insight, ‘That Fifth Dimension’) 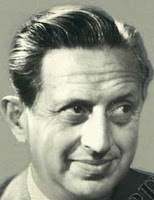 “I sometimes think there is a dimension beyond the four of experience and Einstein: insight, that fifth dimension which promises to liberate us from bondage to the long, imperfect past.” —American novelist-humorist Leo Rosten (1908-1997), Captain Newman, M.D. (1961)
Posted by MikeT at 3:52 AM No comments: 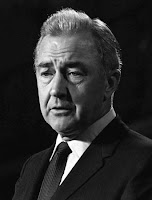 Mar. 29, 1916— Eugene McCarthy, a cool intellectual who, to nearly everyone’s surprise—including his own—ignited voter passion in one of the most turbulent years in American political history, was born in Watkins, Minn.

The recipient of the most rigorous education, McCarthy earned his undergraduate degree at St. John’s University, then was briefly a novice in the Benedictine Abbey His friend Senator Philip Hart of Michigan called him "a man out of his proper time, a man meant for the Age of Faith... when men like Thomas More could make their last defense, beyond the civil law, in religious belief." He was the only politician I can think of who could have argued with James Madison, Alexander Hamilton and James Wilson at the Constitutional Convention about Thucydides, Aristotle, Locke and Montesquieu, then run rings around them when the conversation turned to Saints Augustine and Thomas Aquinas.

The friend of poets such as Robert Lowell, someone who could rattle off with little prompting hundreds of lines from William Butler Yeats, McCarthy also wrote verses that constitute some of the most intriguing of the 16 books he published in his lifetime. They fully vent his contrarian spirit, including these lines from the campaign that earned him a place in American political annals:

Opposition to the Vietnam War was a cause he came late to, as he voted for the 1964 Gulf of Tonkin resolution that gave Lyndon Johnson virtually a blank check to escalate the conflict. But once he turned against the war, in 1966, he was all in, in a way that nobody else contemplated being. At a time when no other Democratic politician could be persuaded to test the President and his military policy at the polls, McCarthy took on an incumbent whose power derived in no small measure from vindictiveness against anyone who thwarted his will.

McCarthy did not win the 1968 Democratic primary in New Hampshire. But his 42% of the vote dismayed LBJ so much that the President announced he would not seek another term. The title of McCarthy's memoir of the Presidential campaign, The Year of the People, expressed his conviction that the feelings of the electorate, as reflected in the primaries, needed to be respected at the party’s convention. They weren’t—Hubert Humphrey ended up as the Democratic nominee, despite being too late to enter any primaries—but the need to contain the divisions exposed in these contests and at the convention led to major rule changes in both parties. (Eight years later, Ronald Reagan took his own challenge to a sitting President of his own party, Gerald Ford, all the way to the convention.)

The Minnesota Senator, then, posed the most consequential challenge to a sitting President and party bosses since ex-President Theodore Roosevelt ran against hand-picked successor William Howard Taft in the 1912 GOP primaries. Now, we have been living in a landscape transformed in his wake: instead of the steeplechase primary season of his “year of the people,” a seemingly permanent campaign.

This year, we have been witnessing another stormy, likely transformative primary season. But exactly which candidate fills McCarthy’s role, and how, is a matter of some dispute.

For instance, when I typed “Eugene McCarthy” AND Trump into Google, I came up with more hits on McCarthy and …Bernie Sanders. The high-toned style of Sanders does have more personality traits in common with McCarthy, another Senator critical of his party’s incumbent President, than the boorish Donald Trump does. But there, the similarities end.

When all is said and done, in the likelihood that Hillary Clinton beats Sanders, she will probably gain the support, however reluctantly granted, of his base. The same cannot be said of Trumpeters, however, who, if they walk out on the GOP convention in Cleveland, will sit out the general election, as many McCarthy supporters did in 1968.

At another level, there are some intriguing parallels between the McCarthy and Trump campaigns:

*Each candidate did not realistically expect to win their party’s nomination. Stephanie Cegielski, a strategist for the Make America Great Again super PAC, has claimed that Trump did not originally think he would win, but would have simply been satisfied to place second in the delegate count, virtually guaranteeing what he wasn’t granted at the 2012 GOP convention: a prominent speaking role. Similarly, McCarthy had unsuccessfully urged Bobby Kennedy to yield to the entreaties of the “Dump Johnson” movement by running, and even as he announced his candidacy he expressed the hope that RFK would eventually enter the race.

*Each man emerged as a protest candidate. While McCarthy’s insurgency was fueled by anger over Vietnam, Trump’s has occurred with a GOP electorate that has largely upended conservative orthodoxy on free trade, entitlements and immigration.

*Each was transformed by encounters with rivals, becoming far more bitter than expected. The current nastiness between Trump and Ted Cruz is all the more striking considering their bromance in the early season of the primaries. And once Kennedy did jump into the race after New Hampshire, now knowing he could not be accused of splitting the party, McCarthy regarded the move as an act of opportunism that would only divide the anti-war vote.To the end of his days, he spoke more bitterly about his assassinated rival for the antiwar vote than about the President the two were trying to replace, according to a retrospective by NPR's Ken Rudin after McCarthy's death in 2005 . (See my account of their final, fierce faceoff in the winner-take-all California primary.)

*Each rewrote the rules of campaigning by introducing new players into their party’s coalition. Ominously for Hillary Clinton, Trump has done well in crossover primaries that allow Democrats to vote Republican, especially with angry white males. These might be termed “Falling Down” ex-Democrats, after the Michael Douglas movie of that name. In 1968, thousands of young people went “clear for Gene”—trimming their long hair and appearing presenting—in stumping door to door for the candidate.

*The tensions of the campaigns found explosive release in violence. Although neither McCarthy nor Kennedy encouraged this, it seemed a constant specter hanging over the campaigns. We are already seeing something of a repetition of that today. Fights have been breaking out at Trump appearances, with his own campaign manager arrested for interfering with a female reporter. Trump has warned darkly of “riots” if he is denied the Republican nomination, and his expressed willingness to allow delegates to carry weapons at the convention not only creates a security nightmare, but also a threat to democratic procedures.

*In both campaigns, candidates’ wives were collateral damage from the combustible energies unleashed by the campaigns. The current fracas involving Heidi Cruz and Melania Trump might be more public, but McCarthy’s family suffered as well. Abigail McCarthy—every bit as intellectually formidable as her husband, and an ardent backer of what appeared initially to be a quixotic campaign—ended up being hospitalized three times while her husband was on the hustings—and, within a year of the campaign’s end, the two had separated as a result of Eugene’s affair with a journalist.

Stylistically, of course, McCarthy can be considered the antithesis of Trump: far more intellectual, less willing to pander shamelessly.

And, although it’s been said that Trump has hurled “insults” at opponents, he is really only peddling puny epithets that any eight-year-old can toss in a schoolyard. For a real insult, one that could have come from the 19th-century golden age of American political invective, consider McCarthy's elegant jibe at George Romney, a prospective GOP world-beater forced from the race because of his gaffe that he had been “brainwashed" by the military on a trip to Vietnam. In the case of Romney, widely regarded as an intellectual lightweight, McCarthy observed that “a light rinse would have been sufficient." Similar remarks to Capitol Hill colleagues over the years led them to nickname him "The Needler."

At best unconventional, at worst merely quirky, McCarthy could exasperate observers by his unexpected advances into and retreats from the American political thickets. (Garry Wills: “Eugene McCarthy spent a good deal of his time trying to prove that he was too good for politics. What use was that? Most of us are too good for politics; but we do not make a career of demonstrating it.”) Nowadays, though, most people would die to be represented by someone who doesn’t stick slavishly to an ideology or party line but is interested in something more than politics.
Posted by MikeT at 9:55 PM No comments:

Quote of the Day (John Dos Passos, on History as the ‘Daydream of a Race’)

“It seems to me that history is always more alive and more interesting than fiction. I suppose that is because a story is the daydream of a single man, while history is a mass invention, the daydream of a race.”—Novelist/historian John Dos Passos (1896-1970) quoted in Donald Pizer, Dos Passos’ USA: A Critical Study (1988)
Posted by MikeT at 3:01 AM No comments:

TV Quote of the Day (Groucho Marx, on Speaking When Angry)

“If you speak when angry, you’ll make the best speech you’ll ever regret.” — Groucho Marx, giving advice to contestants on his TV show “You Bet Your Life,” quoted in Eve Starr, “Inside TV” column, Greensboro (NC) Record, Nov. 3, 1954
Posted by MikeT at 2:48 AM No comments: