The United States was where a short novel by James Hilton was first published as a book, in June 1934. But the appearance of Goodbye, Mr. Chips in hardcover in the United Kingdom, 80 years ago this month, seems the more appropriate date to remember.

After all, it was nearly a year before, in The British Weekly, that his tale of a reserved but kindly teacher first saw the light of day, as a special insert; it was the British who could best understand the atmosphere and characters of its setting, a “public school” (the UK equivalent of the American private school); and it was the British, with high casualties in trench warfare in WWI, who could best understand Arthur Chipping’s deep sense of loss as he watched an entire generation of his pupils become cannon fodder.

Like most people nowadays, I suspect, my first experience of Goodbye, Mr. Chips was the 1939 film. That adaptation enabled Robert Donat to steal the Best Actor Oscar from the heavily favored Clark Gable in Gone With the Wind, and introduced American audiences to the incandescent Greer Garson, an Anglo-Irish actress who became the leading actress at star-laden MGM over the next decade. I remember that movie as heartwarming, even sentimental.

I saw the film so long ago that I recall nothing of how it depicted WWI—if, indeed, it pictured the war at all. But, while channel-surfing in the late 1980s, I came across a scene from a PBS mini-series adaptation starring Roy Marsden, in which the shy schoolteacher’s feelings about the “Great War” became unmistakably clear.

This startled me, but not as much as my growing realization, as I thought back over his novels, just how obsessed and troubled Hilton was by the First World War. We associate other British writers with the conflict—notably Ford Maddox Ford, Wilfred Owen, Rupert Brooke, Edmund Blunden, and Robert Graves. But incredibly, this novelist long derided as middlebrow returned to this theme more insistently than all of them, even though, as someone just too young to fight when the guns quieted at last, he never saw a minute of conflict.

Two pieces of juvenilia written during Hilton’s schooldays were about the “Great War”—not a surprise, as it was still raging at that point. But he came back to it, again and again, not only as he achieved success in the 1930s but even later his life, in such other books as:

*Lost Horizon: When a plane carrying diplomat Hugh Conway crashes in Tibet, he finds healing for the emotional wounds he incurred in the trenches of France in Shangri-La, a remote land whose inhabitants study, enjoy inner peace and thrive with unprecedented longevity.

*Random Harvest: WWI veteran Charles Rainier enters into a marriage having no memory of the two missing years when he went MIA—until sounds of the first bombs of WWII bring back the sensation of the trench warfare and subsequent life he endured.

*We Are Not Alone:  The romance between a British rural doctor and a German woman is shattered at the start of WWI.

Most readers will remember Goodbye, Mr. Chips as a valentine to teaching, the profession of his father (and mother, before her marriage). There was “was no single schoolmaster I ever knew who was entirely Mr. Chips,” he explained in a memoir, though several “achieved that best reward of a well-spent life—to grow old beloved.” One, he acknowledged, was his father; another, many feel, was W.H. Balgarnie, his classics master, who taught for over 50 years at The Leys public school in Cambridge.

Chips’ unusual midlife love story with a vivacious younger beauty, who opens his emotional horizons before she dies tragically in childbirth, furnishes a sentimental overlay to what is, at heart, a searing critique of a war that blighted a generation. Reading at Sunday chapel the list of former students (and, in one memorable case, a German teacher who had returned home to fight for the Fatherland) who died in WWI often moves him to tears, and his wry comments—about Officer Training, the food-rationing system, anti-air-raid blinds on windows, bayonet practice carried on near the cricket pavilion—lead to schoolboys’ perception that he is “pre-war.”

Hilton’s focus on the impact of the war on the homefront highlighted the centrality of public schools in molding the British military—and, indeed, the obedience to hierarchy that sustained the British Empire for over a century. A popular tradition attributed to the Duke of Wellington the statement that “The battle of Waterloo was won on the playing fields of Eton.” Though that quote is likely apocryphal, it has this element of truth: public schools such as Eton, Harrow and Rugby had, by the 1870s—the start of Chips’ tenure at Brookfield—developed a set of traditions, rituals and unwritten codes—the same practices that instilled esprit de corps for all who bore arms for the monarch of Britain.

More important, the British public schools had created an elaborate hierarchy—not just of headmasters and teachers, but of prefects (students given limited power outside the classroom over other pupils) and “fags” (in its original context, younger students required to act as personal servants to the most senior boys). All of this was regarded as preparation for an all-male military order that survived on discipline, loyalty and knowledge of where one stood in the command structure.

The impact of WWI on all of this was immense. It wasn’t just that nine million British men went off to war, nearly a million never returned, and hundreds of thousands more were left with physical and psychic wounds that insufficiently healed. Many of the casualties were in the officer corps, who could have been expected to play a role in their nation’s political and military affairs had they survived. Moreover, cross-class experiences in the trenches went a long way toward dissolving the barriers of privilege that had existed before, and working-class males and women (who had done much to sustain the homefront) became powerful. The politics of deference bred in public schools such as Brookfield might not have been over yet, but they had received a powerful body blow.

Chips’ liberal, much-loved wife Kathie is anticipating this future—and speaking for the author—when she urges her husband to support soccer games between the school and boys from a mission in East London:

“England isn't always going to be divided into officers and 'other ranks.' And those Poplar boys are just as important—to England —as Brookfield is. You've got to have them here, Chips. You can't satisfy your conscience by writing a cheque for a few guineas and keeping them at arm's length. Besides, they're proud of Brookfield - just as you are. Years hence, maybe, boys of that sort will be coming here - a few of then, at any rate. Why not? Why ever not? Chips, dear, remember this is eighteen ninety seven - not sixty seven, when you were up at Cambridge. You got your ideas well stuck in those days, and good ideas they were too, a lot of them. But a few--just a few, Chips --want unsticking."

Goodbye, Mr. Chips chronicles how the public schools—and the British sociopolitical order they represented—became “unstuck” because of the war.
Posted by MikeT at 11:39 PM No comments:

Bonus Quote of the Day (Eula Biss, on How Vampires Reflect ‘Our Terrible Appetites and Our Agonized Restraint’) 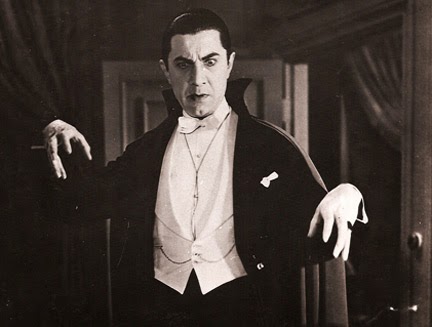 “Our vampires, whatever else they are, remain a reminder that our bodies are penetrable. A reminder that we feed off of each other, that we need each other to live. Our vampires reflect both our terrible appetites and our agonized restraint. When our vampires struggle with their need for blood, they give us a way of thinking about what we ask of each other in order to live.” —Eula Biss, “Vampires and Vaccines: Giving (and Losing) Blood in the Age of Fear,” The Believer Magazine, One Hundred-Tenth Issue: Roguelike (September 2014)
Posted by MikeT at 4:25 PM No comments:

Quote of the Day (Founding Father George Mason, on Corruption and Government) 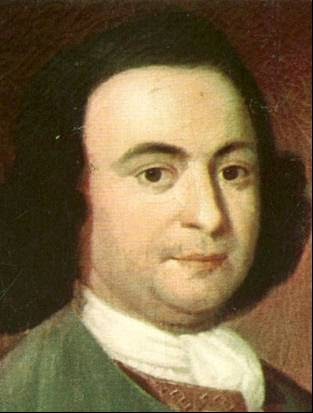 “If we do not provide against corruption, our government will soon be at an end; nor would I wish to put a man of virtue in the way of temptation.”—George Mason (1725-1792), Virginia delegate to the Constitutional Convention, in The Debates in the Several State Conventions on the Adoption of the Federal Constitution, Vol. 1, edited by Jonathan Elliot (1863)
Posted by MikeT at 12:57 PM No comments:

This photograph was taken on Sunday, when I snapped another that appeared in an earlier post this week. While that earlier image showed the landscape design at Storm King Art Center in Cornwall, NY, this will be the first in a series that will show some of the more than 100 post-WWII sculptures on the grounds of this 500-acre sculpture park.

The American pop artist Roy Lichtenstein (1923-1997) created Mermaid only three years before his death. It was part of his design for the hull and sails for an entry into the race to defend the America’s Cup. At the time of its unveiling in 1994, it was the largest work the artist had ever created. The sculpture is a stunning sight to behold on a pond in the middle of the grounds.
Posted by MikeT at 11:23 PM No comments:

TV Quote of the Day (‘Big Bang Theory,’ in Which Our Favorite Nerds Get Stoned)

(The three nerds, while waiting for a meteor shower, get accidentally stoned on some cookies, and space out.)

Rajesh Koothrappali (played by Kunal Nayyar): “If I could speak the language of rabbits, they would be amazed and I would be their king.”

Leonard Hofstadter (played by Johnny Galecki): “I hate my name. It has ‘nerd’ in it. ‘Len-nerd.’”

Howard Wolowitz (played by Simon Helberg): “I lost my virginity to my cousin Jeannie.”

Rajesh: “I would be kind to my rabbit subjects... at first.”

Howard: “It was my uncle Murray's funeral. We were all back at my aunt Barbara's house. Our eyes locked over the pickled herring. We never meant for it to happen!”

Rajesh: “One day, I hold a great ball for the President of France, but the rabbits they hate me and don't come. I'm embarrassed so I eat all the lettuce in the world and make them watch.”

Howard: “To this day, I can't look at pickled herring without being aroused and ashamed. [sighs] Cousin Jeannie.” —The Big Bang Theory, Season 3, Episode 8, “The Adhesive Duck Deficiency,” air date November 16, 2009, teleplay by Steven Molaro, Eric Kaplan and Maria Ferrari, directed by Mark Cendrowski
Posted by MikeT at 2:56 AM No comments: