Photo of the Day: Rockin’ on the River, Midsummer 2014

This post started out with the headline “Rollin’ on the River,” but the more I thought of the picture, the less likely the action of this speedboat reminded me of “rollin’.”  “Rockin’” was more like it while keeping it in the rock ‘n’ roll idiom that started it all.

Anyway, I snapped this shot of the boat in the Hudson River from the vantage point of the Alpine Boat Basin, on the New Jersey side of the Palisades.
Posted by MikeT at 10:07 PM No comments:

Quote of the Day (Thomas Traherne, on ‘Your Enjoyment of the World’)

“Your enjoyment of the world is never right till every morning you awake in Heaven; see yourself in your Father's Palace; and look upon the skies, the earth, and the air, as Celestial Joys: having such a reverend esteem of all, as if you were among the Angels.”—English poet and Anglican priest Thomas Traherne (1636?-1674), Centuries of Meditation, edited by Bertram Dobell (1908)
Posted by MikeT at 5:16 AM No comments:

Appreciations: 20 Novels That Have Stayed With Me

Over the weekend, a challenge was issued to myself and several other Facebook friends to come up with 10 books that have “stayed with me.” I groaned when I first saw this. How could I come up with as many as 10?

Before long, however, my mind had raced far past that original limit. Moreover, though the challenge was to list 10 “books” in general, I noticed that only two or three on the list were not fiction.

Eventually, I decided to tweak the assignment—not just go beyond 10, but to limit myself to novels. (At some point, I’ll list 10 favorite nonfiction books—a roster that will surely include Thomas Paine’s Common Sense, Thomas Merton’s The Seven-Storey Mountain, and Henry David Thoreau’s Walden.) I decided not simply to post this on Facebook, the origin of the assignment, but also—in a mad attempt at, if you will, leveraging my brand (or, better yet, conserving my energy!)—post this on my blog, too.

In one important sense, however, I have stuck closely to the original challenge. I’m not going to argue that these are the best or most important books I’ve ever read, nor even—beyond the first two choices—that their importance is in the exact order of how I’ve listed them.. But the operative verb in the title—“stayed”—determines these selections. Something about all of these novels have stayed in my recollection, even after a number of years—a scene, a style, a sensibility toward the world.
Posted by MikeT at 9:49 PM 1 comment:

Quote of the Day (Arthur Schlesinger, Jr., on Freedom and Struggle) 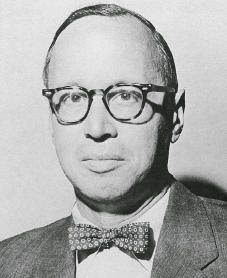 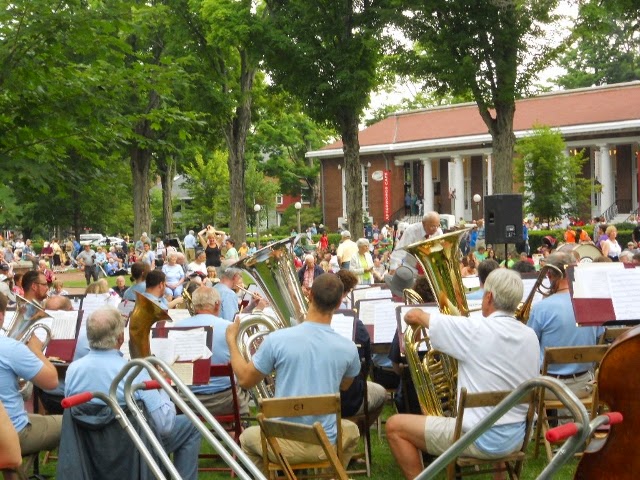 I’m a sucker for a brass band in a small town on a mild summer’s day. I got what I wanted early one afternoon this month, when I photographed the Chautauqua Community Band and an appreciative crowd in Bestor Plaza at the Chautauqua Institution.

The architecture of this upstate New York village founded in 1874 is as picturesquely American as you can get. So was the band’s bill of fare—mostly Broadway tunes, along with John Philip Sousa’s “Washington Post March.”

That afternoon, I had to work on some writing that required the use of Chautauqua’s library, so I could not linger outside, much as I wanted to. But for several minutes, I smiled as the band, under the direction of Jason Weintraub, played the bouncy ragtime rhythms of Scott Joplin’s “The Entertainer,” and my heart lifted and kicked to the joyful strut of Marvin Hamlisch’s climax to the Pulitzer Prize-winning musical A Chorus Line, “One (Singular Sensation).”
Posted by MikeT at 9:38 PM No comments: