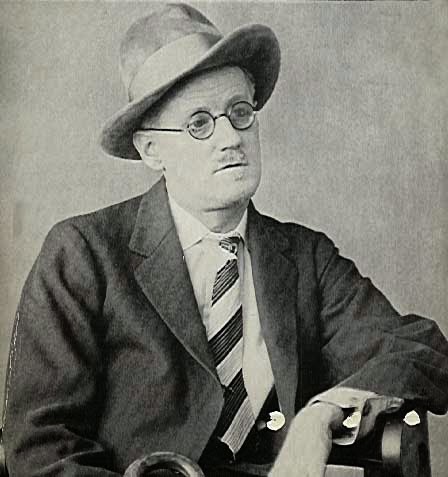 James Joyce didn’t have a reputation for difficulty for readers a century ago this month, only for his publisher. Dubliners, his first foray into fiction, was released this month, but only after seven years of contending with a publisher worried about offending the Roman Catholic Church, real-life originals all too close to their print counterparts, and anyone bothered by his treatment of contemporary mores. To all of these, as he would continue to do through the rest of his life, Joyce refused to bend.

Unlike with Ulysses and, even more so, Finnegans Wake, readers do not need to know much if anything about ancient literature, obscure scraps of Latin, or the like to appreciate Dubliners. This is not to say, however, that Joyce does not make readers work, nor that the text doesn’t present its own challenges.

Young readers in what can be called post-Catholic Ireland, for instance, might have a difficult time understanding the exalted but problematic nature of the Church early in the 20th century in their country. In the anthologies where these tales have found honored places, reading them out of their original context means that readers will miss the “links of syllable and image” noted by novelist-critic Thomas Flanagan.

Moreover, though Joyce put virtually everything in Ulysses and Finnegans Wake, Dubliners, like the early tales of Hemingway, often focuses more on “the thing left out.” In the opening story, “The Sisters,” for example, Old Cotter says of Father Flynn that he “wouldn’t like children of mine…to have too much to say to a man like that.” But the priest’s exact vice is never spelled out.

Ostensibly, the stories in Dubliners progress from childhood to maturity. But one of the words that Joyce uses most commonly is “paralysis,” a condition leading not just to physical but also to intellectual, spiritual and emotional death. The highlight of the collection is, in fact, the sublime novella “The Dead.” There is a movement from “The Sisters” to this story, but it is a circular one. “The Sisters” is written from within the consciousness of a boy who, even if he is some years beyond the events of the tale, still tries to contend with the passing of Fr. Flynn. “The Dead,” while centering on an adult intellectual, deals with a similar dilemma: the attempt to make sense of the death of someone (in this case, the youth that his wife loved before their marriage).

Dubliners was published the same week that Archduke Franz Ferdinand was assassinated in Sarajevo. Little if any notice was taken at the time of the work of Joyce, and few copies of the book were sold for a number of years. In time, however—especially with the notorious publication, eight years later, of Ulysses—the essential truth was confirmed of Joyce’s boastful prediction to his timorous publisher: “I seriously believe that you will retard the course of civilization in Ireland by preventing the Irish people from having one good look at themselves in my nicely polished looking-glass.”

For many, though, it is far more than a “nicely polished looking glass.  Novelist Colum (Let the Great World Spin) McCann speaks for them when he proclaims, “For me, James Joyce is the original energy behind all contemporary literature.”
Posted by MikeT at 8:37 PM No comments:

TV Quote of the Day (‘The Big Bang Theory,’ In Which Penny Meets a Writer)

Penny: “What you writing there?”

Man: “A screenplay. It’s about a guy whose roommate is having sex and tells him go to a bar and work on his screenplay.”

Penny: “I Hope Alex Gets Crabs: The Movie.”

Penny: “Oh. Penny. Nice to meet you….So, have you written anything I might have seen?”

(Thanks to my friend Brian for the tip.)
Posted by MikeT at 2:50 AM No comments:

Quote of the Day (Archbishop Tutu, on Forgiveness as ‘The Best Form of Self-Interest’)

“When we forgive, we take back control of our own fate and our feelings. We become our own liberators. We don’t forgive to help the other person. We don’t forgive for others. We forgive for ourselves. Forgiveness, in other words, is the best form of self-interest. This is true both spiritually and scientifically.”— Desmond Tutu and Mpho Tutu, The Book of Forgiving: The Fourfold Path for Healing Ourselves and Our World (2014)

(Photo of Archbishop Tutu taken by Elke Wetzig at the Deutscher Evangelischer Kirchentag in Cologne 2007.)
Posted by MikeT at 5:22 AM No comments:

Photo of the Day: The ‘Winged Wonder’ of Brooklyn

If, like me, you believe that a book is a work of art, then it is only right that a library should itself be a work of art. So it is with the Central Library of the Brooklyn Public Library. In mid-May, I was delighted to see it once again, after a lapse of nearly 30 years, across the street from the object of my commute that day, Prospect Park, at the intersection of Flatbush Avenue and Eastern Parkway on Grand Army Plaza.

It didn’t strike me at the time, as I was trying to make out gold leaf figures over the 5-foot-entrance of fine Art Deco detailing by sculptors Thomas Hudson Jones and Carl P. Jennewein. But the building is shaped like an open book—most appropriate, given that a library remains one of the bulwarks of free expression, and especially so for the Borough of Brooklyn, one of the most diverse places on this planet.

(If you’re trying to puzzle out how that open-book design works: The “spine” lies on Grand Army Plaza; the two open “pages” rest on Eastern Parkway and Flatbush Avenue.)

In its way, it’s a miracle the library exists at all in its present form. Construction halted on architect Raymond F. Almirall’s Beaux-Arts design because of cost concerns during WWI and the Depression. When building resumed in the 1920s, Almirall’s Greco-Roman ornamentation fell victim to the budget-cutters. Twenty-nine years after ground was broken,  the Central Library finally opened in 1941--as much a monument, in its way, as the freedom being contested all over the globe that year.

The library’s Web site mentions some of its more notable holdings, including the Brooklyn Eagle online. I suspect, from personal experience, that it may have even more esoteric holdings.

During the 1980s, I received a fact-checking assignment for an article on Chinese cooking in a history magazine. I had occasion to conduct research on the origin of the fortune cookie at the library. A helpful reference librarian showed me a clipping file on this fascinating cultural artifact. One of these clips that especially made me chuckle, as a movie fan, described the premiere of the 1966 Jack Lemmon-Walter Matthau film The Fortune Cookie. An enterprising publicist managed to get thousands of these cookies flown out to the big event!

The airplane that transported all those fortune cookies is one “winged wonder”; another is the curiosity whetted by knowledge, mentioned in an inscription at the entrance to the Central Library by Roscoe Conklin Ensign Brown, a longtime member of the library’s board when construction stalled and then revived:

"Here are enshrined the longing of great hearts and noble things that tower above the tide, the magic word that winged wonder starts, the garnered wisdom that never dies."
Posted by MikeT at 7:39 PM 2 comments:

Quote of the Day (Saoirse Ronan, on Daniel Radcliffe)

“I want to work with Daniel Radcliffe. I wanted to marry him when I was seven. I don’t anymore. But we’ll see how things go.”—Actress Saoirse Ronan quoted in “Party Lines,” New York Magazine, March 10-23, 2014

(Photo of Daniel Radcliffe at the London premiere of Harry Potter and the Half-Blood Prince, 2009)
Posted by MikeT at 5:11 AM No comments: