Quote of the Day (George Orwell, on Humor Hated by ‘The Rich, The Powerful and the Complacent’)

"The truth is that you cannot be memorably funny without at some point raising topics which the rich, the powerful and the complacent would prefer to see left alone." ― George Orwell, "Funny, But Not Vulgar,” originally printed in The Leader, 1945, reprinted in George Orwell: As I Please, 1943-1945, edited by Sonia Orwell and Ian Angus (1968)
Posted by MikeT at 3:55 PM No comments:

Quote of the Day (M. Scott Peck, on Valuing Yourself and Your Time) 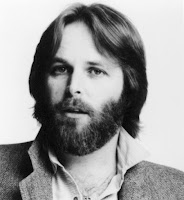 Feb. 6, 1998— Carl Wilson, the youngest of three brothers who formed the nucleus of the Beach Boys—and the one who kept the band together when his siblings spiraled into mental illness, substance abuse and family feuding—died at age 51 of lung cancer in Los Angeles.

As chief songwriter and studio mastermind, Brian Wilson has always been rightly seen as the group’s genius (as I myself acknowledged in a prior post on the making of the band's masterpiece, Pet Sounds).

But Carl made his own distinct creative contributions from the beginning—and, when Brian stopped touring in the mid-Sixties because of a nervous breakdown, and Dennis Wilson grew ever more wild and dangerous in pursuing women, alcohol and drugs, Carl took on a larger role in the studio and on the road, functioning as the group’s de facto leader.

None of this could have been easy. But Carl also had to maintain the Beach Boys’ sense of experimentation while keeping in the fold lead singer and cousin Mike Love, whose unwillingness to stray far from the band’s original surf sound and subject matter increasingly threatened to turn the group into a nostalgia act.

From the start, Brian knew that Carl, four and a half years younger, was open to new sounds, learning how to play guitar from imitating Chuck Berry and Bo Diddley chords and, in the mid-Sixties, learning the 12-string Rickenbacker as well.

As Brian’s mastery in the studio increased, his confidence in his kid brother’s harmonies grew, and he featured Carl more and more on lead vocals, including two of the Beach Boys’ seminal songs in their most musically innovative period, “God Only Knows” and “Good Vibrations.”

Still only 14 years old when the band’s first hit, “Surfin’,” climbed the charts in 1961, Carl would be all of 21 when Brian’s collapse during the Smiley Smile sessions thrust him into the role of studio leader, too.

The Beach Boys’ turmoil in this period was a microcosm of what the nation was also experiencing at this time: generational conflict (the Wilsons’ abusive father Murry sold publishing rights to their songs for what turned out to be a comparative pittance); flirtation with Eastern religions (Love visited the Indian ashram of Maharishi Mahesh Yogi); drugs; violence (Dennis even briefly shared his home with Charles Manson); and Vietnam (Carl filed for conscientious objector status).

Yet the group was being written off as hopelessly square, as musical tastes turned sharply towards harder rock.

Carl was not without his own problems, particularly as he hit his 30s, including drugs, alcohol and a painful divorce. But he displayed a resilience that his older brothers lacked.

In the process, he not only overcome his own issues, but spent much time trying to release Brian from the clutches of his psychiatrist-Svengali, Dr. Eugene Landy, and served as an emotional anchor for his nieces and nephews when their fathers fell deeper into personal difficulties. (Dennis would die in a drowning accident in 1983.)

Brian’s waning presence in the band was much discussed—overwhelmingly to its detriment—in the post-Smiley Smile period. But in many ways that criticism was unfair. Much of the Beach Boys’ most interesting work—including mainstays of their live shows for nearly the next half-century—was recorded in this time, including “Darlin,’” “Sail on Sailor,” "Friends," and two particular favorites of mine featuring Carl on lead vocals, “Wild Honey” and “Long Promised Road.”

It might have been, though, that Carl’s most significant contribution during these years of critical and popular neglect was just to keep the band together as a touring unit. Though the band would never again have the sustained chart success it had experienced in the early to mid Sixties, audiences and critics would come around again to see them as seminal influences in popular music.

There were times, particularly in the early Eighties, when the internal strains of leading so many dysfunctional band members wore on Carl.

In 1980, annoyed at the group’s lack of rehearsal time and its choice of material, he quit and released two solo albums. Their commercial failure, and the other band members’ vow to change, led him to rejoin two years later—though, for the next decade and a half, he increasingly yielded to Love on the Beach Boys’ musical direction.

The Beach Boys have continued to perform up to the present, but they have become increasingly riven into Love and anti-Love factions. Something irreplaceable died with Carl 25 years ago—an amazingly sweet, pure voice that reflected the singer’s gentle spirit and soul.

As friend and songwriting collaborator Robert White Johnson said after in an interview for The Vinyl Dialogues blog:

“I don’t think Carl ever got the accolades that he deserved for his musical contributions, instincts and abilities. If it hadn’t been for him, the Beach Boys would have died a long time ago. He kept it together, he kept it going. He was the heartbeat, he kept it real, vocally and artistically. He was a true inspiration to me, even with his regard to his humanity. It doesn’t take me much to get teary-eyed thinking about him. I was honored to be his friend.”

Joke of the Day (Steve Shaffer, on One of Those Pre-Flight Instructions) 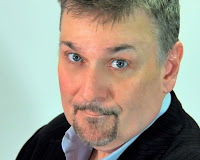 “I love when the stewardess says, ‘Your seat cushion becomes a flotation device.’ Well, why doesn't the plane just become a boat?”—Comic Steve Shaffer, quoted in Friars Club Encyclopedia of Jokes: Revised and Updated!, compiled by Barry Dougherty and H. Aaron Cohl (2009)
Posted by MikeT at 2:49 PM No comments:

Photo of the Day: After the Big Freeze

I suspect that more than a few relatives and friends in different areas of the country are saying right now, “You think your weather is bad? Wait’ll you hear about mine!”

Still, what we had in the New York area on Friday and Saturday was one of those stretches that meteorologists come up with fancy new names for. It started on Friday with the plunging temperatures accompanied by winds that could have come out of that twister from The Wizard of Oz. By Saturday morning, the temperatures had plunged into the single digits.

I didn’t go outside until Saturday afternoon, when I heard the thermometer was going to exceed 10 degrees outside—a veritable heat wave, in my book.

Thankfully, this time, the cold spell was comparatively brief. By late this afternoon, a bunch of stir-crazy people had, like me, gone over to Overpeck County Park, not far from where I live in Bergen County, NJ, to get some exercise for themselves or their dogs. (It was an open question which needed it more.)

I could see some evidence of the thaw not just in the number of people venturing outside, but on the extent of the ice in the adjacent Overpeck Creek. Had I been crazy enough to go by yesterday (braving frostbite, I might add), that stream would have been frozen solid.

But when I took this photo this afternoon, I took some comfort—as I hope you will now—in cracks in the ice that were forming. The best sign of hope for me would be a raft of ducks blissfully together, unvexed by ice as they swim in the stream once again.

Spiritual Quote of the Day (St. Robert Bellarmine, on the Seraphim as ‘The Fiery Ones’)

“Those closest to God in Heaven, the Seraphim, are called the fiery ones because more than the other angels they take their fervor and ardor from the intense fire of God.”—Italian Jesuit, Cardinal and Doctor of the Church St. Robert Bellarmine (1542-1621), “The Mind’s Ascent to God,” in Spiritual Writings, translated and edited by John Patrick Donnelly, S.J., and Roland J. Teske, S.J. (1989)

The image accompanying this post is Seraphim, Cherubim and Angels, by Italian Gothic period painter Jacopo di Cione (c. 1325–c. 1399) and his workshop.

Quote of the Day (Russell Banks, on Love and Storytelling) 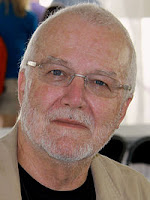 “One of the most difficult things to say to another person is, I hope that you will love me for no good reason. But it is what we all want and rarely dare to say to one another – to our children, to our parents and mates, to our friends, and to strangers. Especially to strangers, who have neither good nor bad reasons to love us. And it’s why we tell each other stories that we pray will be transformed in the telling by that angel on the roof, made believable and about us all, no matter who we are to one another and who we are not.”—American fiction writer Russell Banks (1940-2023), Preface to The Angel on the Roof: The Stories of Russell Banks (2000)

Russell Banks died nearly a month ago, but it may be only now, within the last few days, that I feel truly reminded of the novelist and short-story writer.

The kind of weather we’re experiencing in the Northeast now is not only what he continually brought to withering life in novels like Continental Drift, The Sweet Hereafter and Affliction, but the kind he grew up with in New England—and it left its impact on his work through characters with withered, even stunted, life prospects, as he told Wesley Brown for a 1989 profile in The New York Times Magazine:

''Growing up in New Hampshire gave me an exaggerated sense of it as a place where the winters were endless, the soil barren and the houses falling down. I also had a pervasive anxiety about money. There was never enough to provide the basics of food, clothing and shelter. And if we got by at all, there was a sense of disaster being over the next horizon.''

It is hard to say at this point how posterity will judge his 21 books—much of it will depend on whether academics (as he was, at Princeton University, when not writing) will assign his works in their classes.

But anyone coming to the books of this nonpareil American realist will come away with a deepened sense of how his characters struggle with the multiple burdens of class, race, and family dysfunction, often ending up in the dead ends of drugs, alcoholism and violence.

Maybe because he identified with these marginalized characters and their backgrounds, he was able to look to look at them squarely and show readers that they really weren’t that different from them.

Though he wrote stories about individuals, this two-time Pulitzer finalist wrote with a particular vision of life in mind, which he shared in Continental Drift:

“We are the planet, fully as much as water, earth, fire and air are the planet, and if the planet survives, it will only be through heroism. Not occasional heroism, a remarkable instance of it here and there, but constant heroism, systematic heroism, heroism as governing principle.”