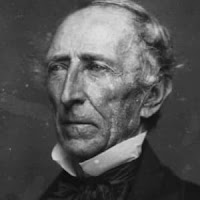 Feb. 28, 1844—An explosion on the inaugural cruise of the USS Princeton on the Potomac River killed six people (including two Cabinet members) and injured 20; unsettled American attempts at acquiring Texas at a critical juncture; threw a monkey wrench into the use of innovative military weaponry; and landed widowed President John Tyler (pictured) a new, young wife.

The accident came at a critical juncture for the administration. Tyler, having become the first Vice-President to gain the Presidency because of the death of the incumbent (William Henry Harrison), was watching his slim hopes for winning his own term slip away.

Like Andrew Johnson two decades later, he was a disaffected Democrat rather than a full-fledged member of the winning party (in this case, the Whigs) to which his predecessor belonged. He was, in effect, a man without a party, abandoned by all but one of the original Whig Cabinet members.

That one, Daniel Webster, was now leaving after having negotiated a treaty with Great Britain. But tensions with the British Empire remained in place because of a dispute over ownership of the Pacific Northwest, as well as lingering bad memories of the War of 1812.

The Princeton was designed to be a confidence-boosting measure aimed at the greatest navy in the world: a fast, steam-driven warship sporting the biggest gun ever mounted on a vessel to that point.

Commander Robert Field Stockton, having deafened the ears of those aboard by demonstrating the new weapon, decided to fire the ironically named "Peacemaker" gun again for a salute to George Washington as the ship passed the late President’s home, Mount Vernon.

Nobody knows if Stockton poured a bit more into the charge or if the crew did so on its own. But as the charge ignited, flames, heat and shrapnel burst in unexpected directions.

Secretary of State Abel Parker Upshur and his just-installed successor at the Naval Department, Thomas Gilmer, died in the accident (with Gilmer gruesomely decapitated), while Tyler himself—climbing up a ladder to witness the charge—avoided following his predecessor into eternity before his full term in office was finished.

Among the other dead was former New York state Sen. David Gardiner, whose 24-year-old daughter, Julia, had previously been wooed in vain by Tyler. But Tyler’s swift action in the crisis—carrying Julia off in his arms when she fainted, away from the death and destruction—so impressed her that she finally yielded to his blandishments and agreed to marry him.

The nickname applied to George Washington—“Father of His Country”—is true only in a metaphorical sense. The nation’s first President produced no offspring. In a more literal sense, the nickname applied more directly to Tyler, who fathered 15 children, seven with Julia after the couple returned to his Virginia home once his term was over.

Other results of the accident were not so happy. John C. Calhoun of South Carolina ended up with the State Department portfolio upon Upshur’s death.

But, as H.W. Brands recounts in Heirs of the Founders: The Epic Rivalry of Henry Clay, John Calhoun and Daniel Webster, the Second Generation of American Giants, the appointment came not at the wish of Tyler but through the manipulation of the President’s friend, Sen. Henry Wise of Virginia, who misleadingly told Calhoun that if he went to the White House, Tyler would be ready to name him to the post.

The appointment vastly complicated Tyler’s attempt to annex Texas before leaving office. Once in office, Calhoun’s scolding of Great Britain for advocating abolitionism abroad enraged Thomas Hart Benton. The influential Missouri Senator, who had been carefully wooed to the cause by Upshur, now saw the land transaction as a stalking horse for introducing slavery into American territories, a movement that he (correctly) feared could splinter the Union.

The annexation treaty with Texas made it through the House but, through Benton’s fulminations, stalled in the Senate. It would take the support of incoming President James Knox Polk, and a joint resolution of Congress to bring the vast territory into the Union.

As for Stockton: Though anxious to hog credit for the Princeton when it looked like it would bring about his dream of a steam-driven navy, he couldn’t divert blame for it fast enough after the accident. John Ericsson, the inventor he had persuaded to emigrate from Sweden to work on the project, was exonerated in the post-accident inquiry, but Stockton ensured that he would not be paid by the government for his patents and his supervision of the shipbuilding. It would take his design of the Civil War ironclad Monitor before Ericsson’s genius was adequately celebrated.

Quote of the Day (Daniel J. Boorstin, on ‘The Hoaxes We Play on Ourselves’) 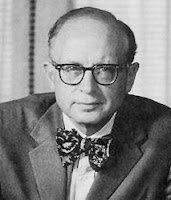 “We hardly dare face our bewilderment, because our ambiguous experience is so pleasantly iridescent, and the solace of belief in contrived reality is so thoroughly real. We have become eager accessories to the great hoaxes of the age. These are the hoaxes we play on ourselves.”—Historian and Librarian of Congress Daniel J. Boorstin (1914-2004), The Image: A Guide to Pseudo-Events in America (1961)

Pulitzer Prize winner Daniel J. Boorstin—who died at age 89 on this day 15 years ago in Washington, DC—-first came to my attention through a child’s history of the United States, The Landmark History of the American People: From Plymouth to Appomattox. As an adult, I consumed (with varying degrees of enthusiasm) his trilogy The Americans and a later one on global cultural and intellectual achievement (The Discovers, The Seekers and The Creators). In his 60s and 70s, he also performed admirably as head of the Library of Congress by protecting his institution from the budget wolves and know-nothings of Capitol Hill.

But these days, I think that I will have to read a work of his more contemporary—and, it sounds from the above quote, more farsighted—than even his cogently argued histories: The Image. That analysis described the first stirrings of the celebrity culture that was already taking hold in the early postwar period, a trend that, by being tied to news events created specifically for promotional purposes, would color and distort American journalism and government for the last half-century.

In particular, the “pseudo-event”—which Boorstin described as a promotional tactic designed to elicit news coverage, with a carefully choreographed “script”--has come to mark politics in the Trump Era, as Conor Friedersdorf describes in this piece for The Atlantic in December 2016.

Boorstin’s definition of a “celebrity”-- "a person who is well-known for his well-knownness"—can describe not only Kim Kardashian but Donald Trump, a bankrupt builder who created a spurious reputation as a great deal-making. Trump’s pre-Presidential career climaxed with The Apprentice, “a program on reality TV, the beating heart of the pseudo-events industry, where teams competed in pseudo-projects to avoid being pseudo-fired,” according to Friedersdorf.

It bears repeating what Friedersdorf notes about the start of the Trump candidacy: “Trump began the most consequential phase of his political career by declaring his doubts about President Obama’s birth certificate and sending or pretending to send a team of investigators to Hawaii to probe the matter. Roger Ailes would reward him with recurring interview segments on Fox News, each a pseudo-event in itself. On those segments, pseudo-events were discussed by Trump and pseudo-journalists. Among actual journalists, there was deep disagreement about whether Trump’s statements about running for president should be taken seriously.”
Posted by MikeT at 6:53 PM No comments:

Quote of the Day (Josh Cohen, on How AI and Robotics Subvert Work’s Value) 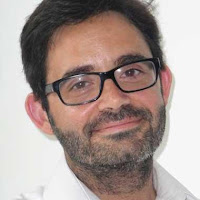 “The rise of robotics and AI raises the urgent question of how to live without work. What makes this prospect so daunting is that we've come to equate our humanity with the capability for productivity and purposeful motion. The concept that the value and which means of our existence is barely validated by what we obtain is what makes it so troublesome to expertise an actual sense of peace. We really feel embarrassed and self-conscious to be seen doing nothing.” —Psychoanalyst Josh Cohen, “How to Avoid Burnout Over Christmas,” The Financial Times, Dec. 22-23, 2018
Posted by MikeT at 4:41 PM No comments:

Quote of the Day (Sydney Finkelstein, on How Executive Self-Confidence Can Lead to Arrogance)

“Too much self-confidence leads to arrogance, which can alienate employees, customers and other stakeholders. It blinds us to our own failings, preventing us from growing and improving, and prompting us to rush headlong into ill-advised decisions. And it can lead us to overlook new opportunities: With our delusions of certainty and all-knowingness, we become lazy and fail to seek out novelty.” —Dartmouth College professor of management Sydney Finkelstein, “Confident or Overconfident? Four Questions to Ask Yourself,” The Wall Street Journal, Feb. 25, 2019

Not just in business, but in politics…
Posted by MikeT at 6:14 PM No comments: