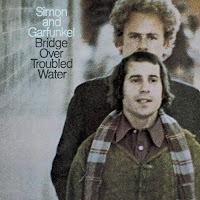 Fifty years ago this week, Bridge Over Troubled Water, the last full-length studio album by Simon and Garfunkel, brought joy and tears to Columbia Records execs on its release. Joy, because the 11-song collection quickly became the best-selling LP of the label up to that point. Tears, because Paul Simon and Art Garfunkel, it was becoming apparent, were pulling in different directions, and by year’s end would split up.

Simon and Garfunkel were not the only rock act to break up in 1970—the Beatles did, even more famously—but what happened with this duo may have been the most interesting split. They had come together, fought and split 12 years earlier as Tom and Jerry. They had almost fallen apart in various points in their five years on the charts. And they would continue approaching and repelling each other for the next half-century.

Issues of ego, among other matters, drove a wedge between the partners. Garfunkel was sensitive to criticism that he could only sing, while Simon could sing, play guitar, write songs and involve himself intently with the recording process. On the other hand, Simon envied his friend’s attempt to break into acting with a non-singing role in Mike Nichols’ Catch-22, even as he resented delays in recording the album resulting from the movie’s shooting interruptions.

Different musical directions also chafed at the two. The original plan had been for 12 songs, but they could only agree on 11. With Simon plopping for his own “Cuba Si, Nixon No,” versus Garfunkel’s selection of a Bach chorale, the two were at loggerheads until Simon simply decided to put out what they had in hand.

Even the single “Bridge Over Troubled Water”—spotlighting Garfunkel in a solo turn that he later described as a “gift”—created tension. Garfunkel and producer Roy Halee chose a Phil Spector-style string-laden, thunderous conclusion over Simon’s more restrained preference.

For all the turbulence it caused in their professional and personal relationship, “Bridge Over Troubled Water,” together with the Beatles’ “Let It Be” and Carole King’s “You’ve Got a Friend,” formed a trio of early ‘70s songs that offered comfort and consolation following a decade of unrest.

All these years later, the success of “Bridge Over Troubled Water” lies less in its Grammys for Album and Record of the Year, nor the 19 weeks the album stayed atop the charts, but in the grace, beauty and solace that millions have found in what amounts to a secular hymn.

Simon and, to a lesser extent, Garfunkel enjoyed success as a solo artist. But many fans—myself included—continue to feel that their collaboration brought out the best in each other. Perhaps they felt the same way themselves at points: In 1976, they joined forces again, briefly, on the dark “My Little Town,” in 1981 in their concert in Central Park, and in the occasional appearance together through the years (such as their rendition of “The Sounds of Silence” at the 2003 Grammys).

In “Old Friends,” from their prior album Bookends, Simon and Garfunkel harmonized about two aged men, sitting on a park bench, thinking back on their lives. These days, in their late 70s,with their recording careers far closer to their ends than their beginnings, trying to sort through their complications, they have become much like what they once imagined.
Posted by MikeT at 9:22 PM 1 comment:

Quote of the Day (P. G. Wodehouse, on the Only ‘Cure for Grey Hair’)

Song Lyric of the Day (Chicago, With a Protest Song 50 Years Ago) 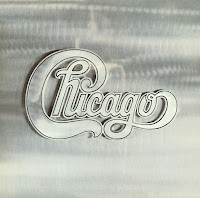 Fifty years ago this week, the jazz-rock band Chicago released its second LP., Chicago II. Much of the radio play from this platinum seller centered on its singles, "25 Or 6 To 4," “Colour My World” and “Make Me Smile.”

But that era in rock music coincided with two developments: the double album and free-form radio. Bob Dylan’s Blonde on Blonde and the Beatles’ White Album opened the floodgates to the first; the rise of FM radio stations progressive rock stations like New York’s progressive-rock WNEW-FM created space for the other.

Into that pocket of creative freedom stepped Robert Lamm, Chicago’s keyboardist, as well as one of the group’s principal songwriters and vocalists. Most distinctively, he was also the most political outspoken member of the musical ensemble. With “It Better End Soon,” he sought to lift his voice in rage against the Vietnam War.

The Sixties and early Seventies were filled with protest music, many of them ending up as hits: Barry McGuire’s “Eve of Destruction,” Buffalo Springfield’s “For What It’s Worth,” Dylan’s “Blowin’ in the Wind,” CSNY’s “Ohio,” The Rascals’ “People Got to be Free,” and Marvin Gaye’s entire album “What’s Going On.”

At their best, when rich in imagery and symbolism, continue to prick the collective consciousness decades later. At their worst, they are preachy and hardly geared to last beyond the present moment. This particular composition by Lamm hangs suspended uneasily between these poles. Chicago’s strength lay in its mesh of harmonies, its driving horn section and (before he died) Terry Kath’s hard-edged guitar licks—and these are indeed on display here. But Lamm’s lyrics don’t go much beyond “war is hell.”

Lamm had better luck in this vein later. One was draped as much in nostalgia as anger: “Harry Truman,” a lament for the loss of the plain-speaking President in the wake of the Watergate scandal directed by a man he (and Lamm) despised, “Tricky Dick” Nixon.

Better yet was “Dialogue (Parts I and II,” from the band’s Chicago V. The lyrics—a civil conversation between two people with differing political viewpoints—somehow, against all odds today, inspire me with hope that a similar meeting of minds can take place today. I still get goosebumps when I hear Kath ask, "Will you try to change/Things, use the power that you have,/The power of a million new ideas?"

In recent years, as Chicago has gone back through its vast catalog in concerts, the band has delved more deeply into such tunes, in a way they hadn’t in decades—and been surprised at the results. As Lamm related in 2018 to Gary Graff in a Billboard article two years ago:

“We always do ‘Dialogue,’ but lately we've been playing ‘It Better End Soon’ which...I forgot how intense that was, and the way it's being performed now, it really gets the audience. I mean, you get a lump in your throat, and we're using visuals behind that, like we do with ‘Dialogue,’ and people are commenting on it. We're in such trouble in this country, and the world. There's so much disarray that people are just searching and longing to hear someone else say, ‘Yes, it's bad and it's got to get better.’ And that's really unfortunate.”
Posted by MikeT at 9:39 PM No comments:

Quote of the Day (George Bernard Shaw, on Diplomacy as a ‘Lawless Affair of Family Intrigues’)

“Political science has been as recklessly neglected by Governments and electorates during my lifetime as sanitary science was in the days of Charles the Second. In international relations diplomacy has been a boyishly lawless affair of family intrigues, commercial and territorial brigandage, torpors of pseudo-good nature produced by laziness and spasms of ferocious activity produced by terror. But in these islands we muddled through….Nature gave us a very long credit; and we abused it to the utmost. But when she struck at last she struck with a vengeance.” —Anglo-Irish playwright and Nobel Literature laureate George Bernard Shaw (1856-1950), “The Practical Business Men,” Preface to Heartbreak House (1919)

Hmmm….I can’t think of anything like that, can you?
Posted by MikeT at 6:16 PM No comments:

Quote of the Day (W. C. Fields, on Horse Sense)

Though he came to prominence on the vaudeville circuit as a juggler and appeared in silent films (with a clip-on moustache), it is impossible now to think of W.C. Fields—born on this day in 1880 in Philadelphia—as anything but a product of the sound era. It was marvelously nasal, the better to convey how cynical but woebegone his characters could be, beset as they were by whiny children, attention-seeking dogs, and shrewish wives.
Posted by MikeT at 6:42 PM No comments: