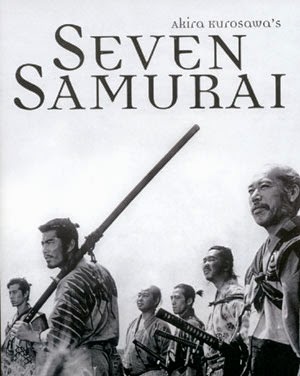 Akira Kurosawa added to his growing reputation as an international master of cinema with a movie that opened in his homeland: Seven Samurai, a three-hour epic of seven down-on-their-luck Japanese warriors who hire themselves out to villagers requiring a defense against ruthless bandits. The samurai’s do-or-die commitment mirrored the creation and shooting of this masterpiece, in which Kurosawa battled sickness, actors who didn’t meet his expectations, delays and balky investors to complete his film.

It has been said that Kurosawa is responsible for the modern action movie. That is probably an exaggeration, but there is far more credence in the notion that he influenced another genre in the West: the Desperate Men on a Mission movie. Over the next few decades, the form was adaptable enough to accommodate thrillers (The Wages of Sin), Westerns (The Wild Bunch) and war movies (The Dirty Dozen).

In a sense, it was only natural that when Hollywood used Seven Samurai as the raw material for an American film, it would be for a Western, John Sturges’ The Magnificent Seven (1960). For years, the Western occupied the same pride of place in the American cinema that the samurai feature did in Japan. (Samurai flicks comprised nearly one-half of all films released in the Land of the Rising Sun through the end of the 1960s.) Kurosawa’s movie was set in 16th-century Japan, the Ashikaga Shogunate, a period of lawlessness, without a central authority—not unlike the Wild West in the United States.

The Irish-American director John Ford had elevated the formulaic Western genre to works of art through bravura cinema techniques, a constant company of players, and an appreciation of how it might address larger concerns about community and history. Kurosawa, who said of the crusty American master, “When I'm old, that's the kind of director I want to be,” sought to accomplish the same goals with his samurai film. It ranks with Ford's The Searchers and The Man Who Shot Liberty Valence as an elegy for men of violence who, by wringing civilization from chaos, assure, ironically, that there will be no place for themselves in the new order.

Moreover, like the American, Kurosawa was a master of his set who brooked no interference, and sometimes picked on one actor unmercifully. During the filming of Seven Samurai, he constantly derided Yoshio Inaba, who played Gorobei. The experience was stressful enough that the actor took only limited roles thereafter.

The film ran more than the average two-hour running time, but it needed the extra minutes to accommodate Kurosawa’s dense characterizations. He catalogued each character’s clothes, favorite foods, history, speaking habits and other relevant details. The preparation was enormous: a registry of all 101 village residents. It was virtually unheard of in Japanese cinema.

Among the most fully crafted characters were the eponymous heroes. Kurosawa’s own ancestors included members of this hereditary warrior class of pre-industrial Japan. He and his two co-screenwriters drew heavily on actual historical figures for these characters—until, that is, they realized they needed someone with whom audiences could identify.

That opened the way to Toshiro Mifune’s strutting, fake samurai, Kikuchiyo. The actor's improvisations turned the character into a paradoxical figure—hilarious one minute as he bounces along on a road with his sword (almost double the length of anyone else’s), tragic the next, as he confesses to a great social taboo—acting as a samurai to move up and out of his social caste.

Perhaps as important as the care that Kurosawa took with the screenplays were his visuals.  For the first time, he used multiple cameras, which allowed him multiple angles and greater flexibility in editing. He also used slow motion for dramatic emphasis, a technique that soon became commonplace. (Even the wind blowing on bushes was not circumstance: the director had a fan blowing on them, believing, correctly, that it gave the early scenes a feeling of instability.)

Possessing such exacting visions for his story and visuals meant considerable difficulties for the director and his crew. When the simultaneous production of Seven Samurai and Godzilla nearly pushed financial backer Toho Kabushiki Kaisha into bankruptcy, Kurosawa had to overcome several delays in production. His driving perfectionism sent his budgets soaring and the blood pressure of studio “suits” soaring. (He had to overcome the reluctance of his Japanese studio to make his prior masterpiece, Rashomon, and for two decades he would have difficulty finding backing for his films in Japan.)

The final extraordinary sequences, covering the three-day battle between the samurai and the bandits, were particularly onerous. It wasn’t only that lack of finances meant that initially there weren’t enough horses for shooting, but filming was done at the end of a particularly bad winter. (Mifune, as crucial an acting partner to Kurosawa as Robert DeNiro would later be for Martin Scorsese, noted that these were the wettest, coldest days he had ever filmed.)

Just as Kurosawa borrowed from Western forebears, a new class of American film-school students in the 1960s were influenced by him, notably Steven Spielberg, Francis Ford Coppola and George Lucas, with such films as Star Wars and For a Few Dollars More doing little to hide their indebtedness to him. But none of them, really, equal the propulsive power of Seven Samurai—which, for good reason, continually turns up on the list of the world’s greatest films.
Posted by MikeT at 9:57 PM No comments:

Quote of the Day (Sara Teasdale, on Spring’s ‘Soft Rains’) 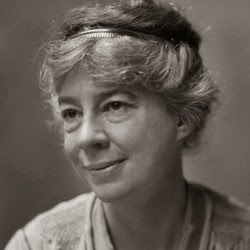 “There will come soft rains and the smell of the ground,
And swallows circling with their shimmering sound;

Yet another photograph I took this past Sunday at Overpeck County Park, not far from where I live in Bergen County, NJ.
Posted by MikeT at 10:24 PM No comments:

Quote of the Day (‘The New York Times,’ With Great News for Col. Klink)

“From the trendy enclaves of Berlin cafes and Manhattan restaurants to gin ads and fashion magazines, the monocle is taking its turn alongside key 21st-century accouterments like sharply tucked plaid shirts and certificates in swine butchering.”— Allen Salkin, “One Part Mr. Peanut, One Part Hipster Chic,” The New York Times, March 6, 2014
Posted by MikeT at 2:50 AM No comments:

Photo of the Day: Enter the Dragon

Another photograph I took this past Sunday (along with this one) of a carnival held at Overpeck County Park, not far from where I live in Bergen County, NJ.
Posted by MikeT at 10:11 PM No comments: