I know many a grandmother who would like nothing better than to pinch the chubby face of this "child." If they tried, they would be touching a statue—and a lead one, at that—on the grounds of the New Jersey Botanical Garden, which I visited and photographed in early May. Inveterate readers of my blog might remember that I have posted pictures before from this lovely spot in Ringwood, NJ—and, most assuredly, I will do so again.
Posted by MikeT at 10:31 PM No comments:

Quote of the Day (John Gay, on Cowards and the Brave)

John Gay was born on this date 330 years ago today. He is most famous for The Beggar’s Opera, which earned him considerable success and some notoriety in his lifetime. (See this prior post of mine.)
Posted by MikeT at 2:52 AM No comments:

The arrest of Hugh Grant for lewd conduct with a prostitute bearing the nom de amor “Divine Brown” in late June 1995 could not have come at a worse time. Only the year before, he had shot to fame—and invited premature comparisons to an earlier British actor named Grant—with his performance in the hit rom-com Four Weddings and a Funeral (see my prior post on that film). Now, he was out to promote his follow-up, Nine Months, and though this film had little of the effervescent wit and unexpected poignancy of the earlier one, hopes were still high that the floppy-haired charmer would lure hordes of women and their dates to the cinemas.

All those hopes came crashing down when the actor was caught on Santa Monica Boulevard in his parked white BMW convertible with Ms. Brown (known, before entering the world’s oldest profession, as Estella Marie Thompson). Countless people—not just Grant, but also the actor’s publicist, director Chris Columbus, and top execs at studio Twentieth Century Fox Film Corporation—gulped and awaited the inevitable public shaming and derision, unsure how it would affect the movie.

In the golden age of Hollywood, back in the 1930s and 1940s, Grant would never have found himself in this predicament. Acute observers from that time, John O’Hara (in his fine 1966 novella,”Natica Jackson”) and Clifford Odets (in his problematic but compelling 1949 drama The Big Knife), showed how assorted PR agents and fixers would converge on a scene not merely scandalous but deadly to make sure that everything was mopped up.

Those PR professionals could have taught Olivia Pope of Scandal a thing or two about managing the moral muck-up. And surely, Grant was not remotely in the same league as Errol Flynn, whose autobiography was an exercise of truth in advertising if there ever was one: My Wicked, Wicked Ways.

But these old pros and the studio system that kept them in full-employment mode were long gone. Now, Grant would have to fend for himself as the public came to grips with the biggest gap between a screen persona and a real-life actor since the sexually inept but endearing Woody Allen of Play It Again, Sam was revealed as sexually aggressive enough offscreen to take up with the adopted daughter of the (biological) mother of his child. (Yeah, I know that sounds crazy. But don’t forget that this was a guy who wrote, directed and acted in a film called Bananas.)

Among the comics making great sport of Grant’s acute embarrassment was David Letterman, in one of his most hilarious Top Ten lists, “Top Ten New Hugh Grant Movies.”  (My favorite title on the list was No. 2: “Don Juan de Buttafuoco.”)

But it was left to Letterman’s late-night rival, Jay Leno, to land a much-coveted interview nearly two weeks later with the actor, where the Tonight Show host got to ask the question on the minds of so many: “What the hell were you thinking?”

More than a few guys were among this group. For the last year, since the premiere of Four Weddings and a Funeral, these lads on both sides of the Atlantic had taken special notice of Grant’s companion, Elizabeth Hurley—a model/actress that a friend of mine (AND HE KNOWS WHO HE IS!!!) has placed among a select group that he terms DHBBs (i.e., “Dark-Haired British Beauties”). It was incomprehensible to these males how Grant could prefer the company of Ms. Brown to Ms. Hurley. Imagining what Ms. Hurley must have said to him upon hearing the news—indeed, how quickly she would leave him—became a kind of parlor game.

Grant’s response to Leno’s question, simple and direct, won over a public increasingly in the midst of non-apology apologies such as “If anyone is offended, I apologize” or “I didn’t inhale.” “I did a bad thing,” he answered.

Leno, for one, appreciated Grant’s demeanor. In later years, he would tell the London Independent that there were only 18 celebrities worth having on a chat show, one of them being Hugh Grant.

Not that the manning up before millions of viewers didn’t take something out of Grant. Over the years, he would have a harder and harder time concealing his peevishness about peddling his movies.

Earlier this year, for instance, on Watch What Happens Live, host Andy Cohen admitted to guest Hurley that viewers had found her onetime boyfriend a mite cranky.

“My friends used to call him Grumpelstiltskin!, “she laughed.

Twenty years ago, “Grumpelstiltskin” undoubtedly felt like screaming, but his bravura acting job before the media ensured that he would survive the scandal with his career—and (at least for five years) his relationship with Hurley--intact.  He would, in fact, more recently, receive considerable public sympathy—and even substantial damages—from scandalmonger Rupert Murdoch as a result of the News of the World phone-hacking cause celebre.
Posted by MikeT at 10:10 PM No comments:

Quote of the Day (Anna Kendrick, on the Profits of Show Biz) 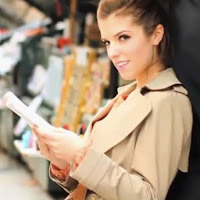 Quote of the Day (Pope Francis, on the Earth as Our Trust) 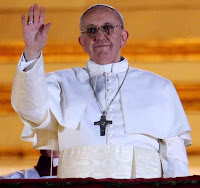 "We are not God. The Earth was here before us and was given to us."—Pope Francis, Laudato Si (“Praise Be to You”), the encyclical letter on “Care for Our Common Home,” in the context of climate change
Posted by MikeT at 6:32 AM No comments: