Quote of the Day (Herman Melville, on Men and Secrets)

“It is the easiest thing in the world for a man to look as if he had a great secret in him.”— Herman Melville, Moby-Dick (1851)
He achieved success with novels of sea adventure that promised so much sensation that they would seem to be nothing like acts of concealment. But as I toured Arrowhead, the homestead Herman Melville owned and farmed in Pittsfield, Mass., for a dozen years, it became more and more clear to me that not only were the works of his maturity anything but transparent, but that his private life remains heavily shrouded in mystery. For instance, what was his true relationship with his wife? Did he have an affair with a neighbor, or might he have been bisexual, with powerful unrequited feelings for Nathaniel Hawthorne?
And why did he leave the Berkshire Mountains, a region that a relative would later claim was his first real love?
We may never know. What we do know is that, even on the surface, this giant of the great 19th century American literary flowering wrote works with the same type of turbulence as the South Seas where he worked and that provided the experiences he needed to work through on paper.
Posted by MikeT at 8:22 PM No comments:

Quote of the Day (Edith Wharton, on Society) 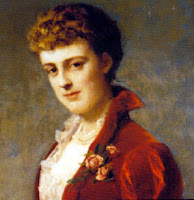 "Society is a revolving body which is apt to be judged according to its place in each man’s heaven; and at present it was turning its illuminated face to Lily." —American novelist and short-story writer Edith Wharton (1862-1937), The House of Mirth (1905)
The structures and strictures of society were constant themes of Edith Wharton throughout her four decades as a fiction writer, and perhaps never more so than in The House of Mirth. She wrote this luminous yet astringent novel at the beginning of the 20th century, while a summer resident of Lenox in Massachusetts’ Berkshires. I’ll be visiting that home (built to her specifications), The Mount, while on vacation this week in this picturesque away, and hope to write of it soon.
Posted by MikeT at 8:54 PM No comments:

Quote of the Day (C. S. Lewis, on the Intellectual Life as a Road to God) 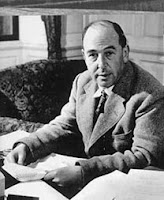 “We can …pursue knowledge as such, and beauty as such, in the sure confidence that be so doing we are either advancing to the vision of God ourselves or indirectly helping others to do so. Humility, no less than the appetite, encourages us to concentrate simply on the knowledge or the beauty, not too much concerning ourselves with their ultimate relevance to the vision of God. That relevance may not be intended for us but for our betters– for men who came after and find the spiritual significance of what we dug out in blind and humble obedience to our vocation. The intellectual life is not the only road to God, nor the safest, but we find it to be a road, and it may be the appointed road for us. Of course it will be so only so long as we keep the impulse pure and disinterested. That is the great difficulty.”— Christian apologist and novelist C. S. Lewis (1898-1963), “Learning in War-Time,” preached at St. Mary the Virgin Church, Oxford, Oct. 22, 1939
Posted by MikeT at 8:24 PM No comments:

Quote of the Day (Hannah Kuchler, on ‘Internal Propaganda’ Among Tech Companies) 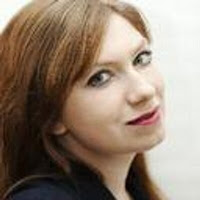 “Internal propaganda is one way to create true believers out of workers. Missions are repeated like chants, offices wallpapered in slogans, and branded T-shirts bring corporate identity to the bar. Programmes that make praising peers almost obligatory complete the circle. Employees see their CEO not as the person who pays their wages but as the living embodiment of their values. Now, these leaders have a challenge that can't be solved by high fives and zings: how to live up to employees' expectations in darker times.”— Hannah Kuchler, “Virtual High-Fives,” Financial Times, May 20-21, 2017
Posted by MikeT at 8:46 PM No comments:

Quote of the Day (Jeff Goodell, on the EPA’s Appalling Scott Pruitt) 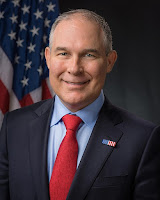 "There are plenty of other reasons [besides helping to junk the Paris climate change accord] to be appalled by {Environmental Protection Agency chief Scott] Pruitt. He is destroying the mission of the EPA. He is pushing policies that will make poor people poorer and rich people richer. And he is quite literally putting his own political career above the welfare of tens of thousands of people. While the air quality in many parts of America has gotten better in recent decades, air pollution still causes more than 200,000 premature deaths a year; even small increases in pollution mean more deaths. ‘He is sacrificing the health and welfare of children in order to give industry a few years of regulatory relief,’ says Jeff Carter, executive director of Physicians for Social Responsibility.”— Jeff Goodell, “Scott Pruitt's Crimes Against Nature,” Rolling Stone, Aug. 10, 2017
Posted by MikeT at 10:00 PM No comments:

Joke of the Day (Conan O’Brien, on Airlines’ Customer Service) 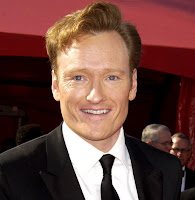 “Last year, complaints about airlines increased 22%. There were probably more complaints, but the airlines lost them.”—TV late-night talk show host Conan O’Brien, tweet of Apr. 24, 2015
Posted by MikeT at 10:58 AM No comments:

Photo of the Day: A Yankee Fan’s Afternoon at Citi Field 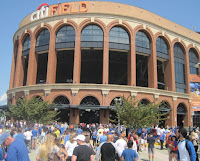 Before I came out to Citi Field today for my company’s summer outing, I wasn’t sure if I had been yet to the Mets’ most recent stadium. I recalled having been to another game where a party was held in a stadium suite, but I wasn’t sure if it was at Shea Stadium or the successor structure that opened in 2009.

Then I beheld this sight, from the elevated tracks of the Number 7 train, pulling into the Mets/Willets Point subway station, and I knew that I was coming to this station for the first time.

I have been a lifelong Yankee fan, but I try not to let too much affection for my team color my appreciation for either other squads or their ballparks. That was certainly the case with Citi Field. My immediate thought, as I beheld what you see in this photo I took, was what a handsome structure it was. That initial impression was confirmed by walking around the perimeter of the park, and taking in the ballfield once past the gates.

Though its façade is said to hark back to the Dodgers’ home when they were in Brooklyn, Ebbets Field, Citi Field is very much in the line of neoclassical structures that began to be built in earnest after Camden Yards opened in 1992. The red brick, granite and cast stone in the façade mark this as a real city ballpark, a throwback to the early 1900s, a more innocent time when fans did not concern themselves with beyond-the-clubhouse nonsense like salary disputes and performance-enhancing drugs.

A time, it should also be said, when teams didn't monetize every seat and every square inch of space. The Web site for Citi Field notes that it has 54 luxury suites (including a Porsche Suite, where my company held its event) compared with 45 in Shea. Party arrangements in these suites are comfortable and fun, but it is well beyond what the average, isolated fan can afford.

On the other hand, with a capacity of 41,000 versus 57,000 at Shea, this is not a multi-use stadium, but a baseball-centric one--and on a beautiful day like today, with comfortable temperatures and blue skies, it's a reminder that a baseball stadium, with its expanse of (natural) green, can be a truly beautiful thing to behold--very much including Citi Field.

The style of play, on the other hand, was another matter. The Mets' offense was a sputtering engine, with the few sparks provided by Yoenis Cespedes (a solo HR and double). My co-workers and I, like the rest of the fans, were horror-struck when Michael Conforto crumpled to the plate on one swing. It appears he is now out for the rest of the season--just one more reminder of the grim toll that injuries have taken on this jinxed squad. It's especially disheartening to see this happen to a young player like Conforto who, from all that I have heard, tries to play the game right.

Even though I'm a Yankee fan, that doesn't mean that I wish bad things for the other New York baseball team. Two competitive baseball teams in the area are good not just for fan morale, but for the spirit of the whole metropolitan area. And it would be good to have players that will measure up to the past memories of these two franchises.
Posted by MikeT at 9:50 PM No comments: