Quote of the Day (Mary Shelley’s ‘Frankenstein,’ on Falsehood and the Abyss)

"When falsehood can look so like the truth, who can assure themselves of certain happiness? I feel as if I were walking on the edge of a precipice, towards which thousands are crowding and endeavouring to plunge me into the abyss.” —English novelist Mary Shelley (1797-1851), Frankenstein, or the Modern Prometheus (1818)

A Wall Street Journal article by Ed Finn and David H. Guston reminded me that 200 years ago this month, Frankenstein made an inauspicious beginning—released anonymously by a little-known British publishing house that, when sales languished, discounted the title.

That wasn’t the only indignity faced by 21-year-old author Mary Shelley, who, when sales finally began to climb and gossip soon spread about its possible author, had to endure sexist speculation that a mere woman couldn’t have produced such an original work without high-powered help—either husband Percy Bysshe Shelley.

In their provocative essay, Finn and Guston observe that, only now, through genetic engineering, has the central premise of the novel—the unintended, horrifying consequences of scientific creation of life—finally come to the fore.

For all its vast, often take-for-granted, influence on science-fiction and horror literature (and, after the 1931 big-screen adaptation starring Boris Karloff, cinema), Frankenstein still has the capacity to jolt and shock, much like Victor’s obsessive electromagnetic experimentation.

Today’s “Quote” is one example. It’s placed in the middle of dialogue by Elizabeth, Victor’s fiancée, a character, in her sweet innocence, often regarded as a drip.

But her statement, shot through with irony (she has no idea that Victor is responsible for creating the monster now marauding through the countryside), made me sit up and take notice when I first encountered the words.

In the petri dish of politics, American voters conducted their own mad experiment: electing to the Oval Office—heck, entrusting responsibility for the fate of mankind—not only someone neither political nor national-security experience, but a man who, throughout his adult life, has never evinced the slightest regard for the truth.

After walking away, for an extended period, from observing politics, commentator Andrew Sullivan emerged to gasp at Donald Trump’s emergence as a Presidential candidate. “I was happy doing that and was hoping to continue, when this Grendel started stirring in the forest,” he explained in an interview with The New York Times. “You could almost see the coffee vibrate on the table, as this creature came out of the swamp.”

That analogy is close, but not quite comparable to what we see now. Grendel, you see, implies the existence of a Beowulf, a solitary hero who will slay him. No such personage appears remotely on the horizon for us.

In the first third of the last century, most of Europe fell under the sway of a liar of staggering proportions who did indeed lead the continent into an abyss of violence and shame. Nobody ever dreamed that such a monster could emerge on our shores. But why should we think we are so different from everyone else?
Posted by MikeT at 8:58 PM No comments: 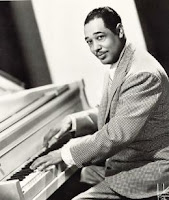 Duke Ellington achieved a new level of prominence in January 1943—a month when his new management began marketing him as a multidimensional musical force—by debuting, with his big-band jazz orchestra, at Carnegie Hall.

The concert, also marking the premiere of his 45-minute Black, Brown and Beige, was commercially successful, but also inaugurated a strain of commentary on the bandleader-composer-pianist that has endured to this day: the question of whether his genius was better suited to short or extended musical works.

The black-tie affair was marketed both as a charity ($5,000 raised for relief of Russia, America’s ally at the time in WWII) and as a celebration of Ellington’s 20 years as a bandleader. In the seven days before the big event, a barrage of ads, articles and radio spots orchestrated by his management, the William Morris Agency, promoted “National Duke Ellington Week.” To accommodate the overflow of such illustrious attendees as Eleanor Roosevelt, Frank Sinatra, Glenn Miller, and Leopold Stokowski, roughly 200 people had to be seated onstage.

The attention brought by the concert was much wanted and much needed. Ellington had been privately peeved when Benny Goodman became the first jazz big-band leader to appear at Carnegie in 1938, and even more so when he believed his manager at the time, Irving Mills, had turned down a chance to book the band a year before Goodman’s landmark concert.

But Ellington was not primarily motivated by ego in wanting the appearance at one of New York’s principal cultural institutions: he felt that it would maintain the band’s public profile at a time when it desperately needed it.

A traditional vehicle for doing so—the release of an LP—had been foreclosed since August 1942, when the American Federation of Musicians, in a royalty-payment dispute with radio stations, forbade its members from making commercial recordings.

There was little problem provoking interest on the West Coast, where the band had been particularly active for the past two years (mostly involved in making music for movies), but it was another matter on the Eastern Seaboard. A suggestion by his agent at William Morris that he go to Carnegie was the spark Ellington needed—and the bandleader thought he had the requisite material, a project he had spoken of as far back as 1930: “My African Suite. It will be in five parts, starting in Africa and ending with the history of the American Negro.”

The next six weeks became a struggle, at times frantic, to shape the material into a coherent whole. How much he cobbled together from a previously announced opera, Boola—which, in its subject matter, sounds like an altered form of African Suite—is difficult to say, as no performance, recording, or physical artifact remains of that aside from an unfinished scenario.

But the subject of that long-aborning project now formed an inextricable part of what he eventually subtitled "A Tone Parallel to the History of the Negro in. America."

In his autobiography, Music Is My Mistress, Ellington noted that the Carnegie concert was the only time he never experienced stage fright: “I just didn’t have time. I couldn’t afford the luxury of being scared.” Even up to the day of performance, he was making changes in the program.

At the beginning of the 1940s, Ellington and his band had reached a creative and commercial zenith. But from this point on to the end of his life, he devoted considerably more energy to extended forms: thirty-odd concert suites and three “Sacred Concerts.”

Most Ellington observers have been kinder than biographer James Lincoln Collier, who thought these longer compositions represented “one of the great artistic errors in jazz history.” But the majority have been critical, and certainly so in the immediate aftermath of the 1943 concert, when Ellington’s attempt to add new orchestral colors failed to satisfy neither jazz nor classical purists.

Even the admiring cultural critic Terry Teachout, in his 2013 biography Duke, felt compelled to write that Ellington might have “fumbled the ball just short of the goal line.” But if the organic unity prized by critics proved elusive, the vivacity and power of the music endure.

Take, for instance, “Come Sunday,” one of the most forceful expressions of the composer’s spirituality. In its original instrumental version, it spotlighted alto saxophonist Johnny Hodges. But I came to know it, three decades ago, through a transcendent 1958 recording featuring soul-piercing vocals by Mahalia Jackson, with Ellington himself gently accompanying her on piano.

I’m not so sure, in any case, about the overall validity of critical pronouncements on artists attempting a larger canvass. Critics may prefer the small scale because artists can concentrate their efforts there more easily to achieve perfection. But would critics really want to trade a perfect Mark Twain short story for an admittedly imperfect but still magnificent Adventures of Huckleberry Finn?
Posted by MikeT at 8:39 PM No comments:

Quote of the Day (Samantha Bee, on Oprah and 'Living in the Moment')

Quote of the Day (Thomas Moore, on the Importance of Ordinary Acts to the Soul) 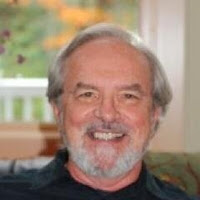 “The ordinary acts we practice every day at home are of more importance to the soul than their simplicity might suggest.”— Thomas Moore, Care of the Soul: A Guide for Cultivating Depth and Sacredness in Everyday Life (1993)
Posted by MikeT at 2:44 PM No comments:

Labels: Quote of the Day, Spirituality, The Soul, Thomas Moore

Quote of the Day (George Kelly, on Being Cheated Out of Life) 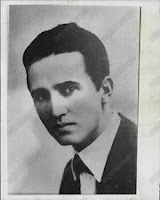 “I think it's a terrible thing to let yourself be cheated out of life. Of course, it's all right to do the right thing by people, but be sure you do the right thing for yourself while you're at it. Because half the time they don't appreciate it.”—Pulitzer Prize-winning American playwright (and beloved uncle of actress Grace Kelly) George Kelly (1887-1974), Daisy Mayme: A Comedy (1927)
Posted by MikeT at 8:27 PM No comments: