Photo of the Day: Leaning Tree

This is yet another in a series of images I took a few weeks ago at the Teaneck Creek Park, operated by the Teaneck Creek Conservancy—not far from where I live in Bergen County, N.J.
Posted by MikeT at 9:13 PM No comments:

Bonus Quote of the Day (Hannah More, on ‘Commending a Right Thing’)

“Commending a right thing is a cheap substitute for doing it, with which we are too apt to satisfy ourselves."-- British writer-philanthropist Hannah More (1745-1833), Coelebs in Search of a Wife: Comprehending Observations on Domestic Habits and Manners, Religion and Morals (1810)
Posted by MikeT at 1:23 PM No comments:

Quote of the Day (Lyn Holley Doucet, on the Desert and the Ego) 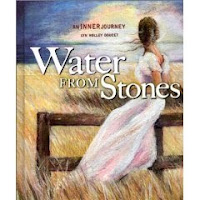 “The desert is a place where expectations are turned upside down –and the ego is forced to surrender its death grip on our lives. When this happens, the holy water flows into us and new growth begins.”-- Lyn Holley Doucet, Water From Stones: An Inner Journey (2001)
Posted by MikeT at 5:38 AM No comments:

Photo of the Day: Creek in the Woods 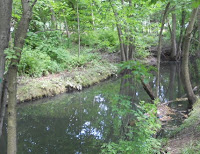 I took the image accompanying this post a few weeks ago at the Teaneck Creek Park, operated by the Teaneck Creek Conservancy—not far from where I live in Bergen County, N.J.
Posted by MikeT at 10:57 PM No comments:

Quote of the Day (Jerry Seinfeld, on Being a Best Man)

“I was the best man to a wedding one time, that was pretty good. Pretty good title, I thought, ‘best man.’ I thought it was a bit much. I thought we'd have the groom and a pretty good man. That's more than enough. If I'm the best man, why is she marrying him?”—Jerry Seinfeld, Jerry Seinfeld: "I’m Telling You for the Last Time" (1998)
Posted by MikeT at 10:17 AM No comments:

This morning, on my way to work at Rockefeller Center, I headed toward the Fox News Building more out of idle curiosity than anything else. I heard some music coming from that direction, and thought I’d see what it was all about.

Had I known earlier that it was the Doobie Brothers, appearing on Fox and Friends as part of its All-American Summer Concert Series, I would have made an effort to get there much sooner. I was even able to get relatively close to the stage—something that was impossible when, several years ago, I watched a Bruce Springsteen Friday morning appearance with the E Street Band, on the Today Show.

The group sounded sharp on “China Grove,” one of my favorite tunes of theirs. I stayed around for another song, taking a few more pictures until, much to my deep regret, I headed across the street to the pile of work awaiting me at my office.

Walking away, I heard a pair of women talking about the show. I wasn’t following the conversation closely, but I did pick up phrases such as “The Seventies,” “long hair,” and “moustaches,” followed by giggles. As you can tell from the accompanying image of band members John Cowan, Patrick Simmons and Tom Johnston, those images persist, like their evergreen hit “Long Train Running.”

Two weeks from today, I intend to catch in concert in upstate New York Michael McDonald, who took the Doobies in a somewhat different direction in the late Seventies and early Eighties before going solo. It will be an interesting contrast with the group members who preceded him, then returned.
Posted by MikeT at 10:23 PM 2 comments:

Quote of the Day (Barbara Pym, on Men Who Want ‘One Thing’) 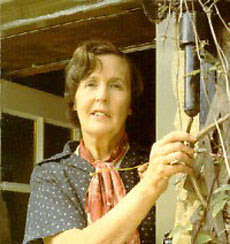 “'Poor Constance was left alone a great deal,' said Miss Doggett.  'In many ways, of course, Mr. Driver is a very charming man. They say, though, that men only want one thing -- that's the truth of the matter.' Miss Doggett again looked puzzled; it was if she had heard that men only wanted one thing, but had forgotten for the moment what it was.”—Barbara Pym, Jane and Prudence: A Novel (1953)
Posted by MikeT at 2:59 AM No comments: