Quote of the Day (Tim O’Brien, on a Searing Vietnam War Experience) 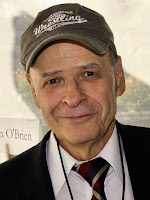 “The field was boiling. The shells made deep slushy craters, opening up all those years of waste, centuries worth, and the smell came bubbling out of the earth. Two rounds hit close by. Then a third, even closer, and immediately, off to his left, he heard somebody screaming.”—American novelist Tim O’Brien, “Speaking of Courage,” in The Things They Carried (1990)

The interconnected stories in the acclaimed The Things They Carried are harrowing, sometimes difficult to read, as seen by the angry responses they continue to evoke from some readers on Amazon. In this, they resemble nothing so much as the visceral reactions that America’s major conflicts since the end of World War II have sometimes inspired.

For the soldiers in Alpha Company, “the things they carried” represent not just the physical material they lug around Vietnam, but also the psychological burden hauled by the survivors of that conflict, a weight not understood by civilians.

One of these occurred in the scene begun above, when Norman Bowker witnessed his comrade Kiowa slide to his death amid all that "waste" (an unforgettable symbol for what the war meant for so many).

In his Second Inaugural Address, Abraham Lincoln urged his countrymen to help with the essential post-Civil War duties “to bind up the nation's wounds, to care for him who shall have borne the battle and for his widow and his orphan.” More than a century and a half after he uttered those words, those tasks remain just as essential this Veterans Day.