Quote of the Day (Pete Townshend, on What Rock ‘n’ Roll ‘Failed to Finish’) 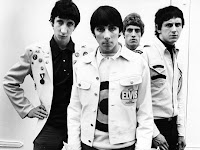 “Rock ’n’ roll was a celebration of congregation. A celebration of irresponsibility. But we don’t have the brains to answer the question of what it was that rock ’n’ roll tried to start and has failed to finish. Neither do our journalistic colleagues, no matter how smart they think they are…That postwar vacuum that we tried to fill — we did fill it for a while, but then we realized it was fizzling out. The art proposed the questions without offering solutions. So what the Who are doing at the moment — we’ve made a good album [WHO]. I hope it’ll do O.K. I don’t need it. Nobody needs it. Some of the subjects of the songs are quite deep, but they’re not as brave as ‘Won’t Get Fooled Again,’ which is saying: ‘[Expletive] off. I’m going to solve this problem with my guitar and my singer with long, golden hair and a big [expletive].’”—Rock ‘n’ roll guitarist and singer—songwriter Pete Townshend, quoted in David Marchese, “Talk: The Who’s Pete Townshend Grapples With Rock’s Legacy, and His Own Dark Past,” The New York Times Magazine, Dec. 1, 2019

This quote is interesting in itself, but it’s also a good way for me to touch on, briefly, what I should have mentioned already earlier this year: the 50th anniversary of the band’s masterful album, Who’s Next.

Labels: Pete Townshend, Quote of the Day, Rock ‘n’ Roll, The Who, WHO'S NEXT