What Is Lost When a Store Closes 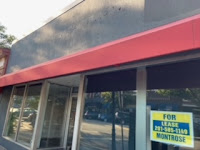 I read with sadness Sarah Seltzer’s recent New York Times article on the demise of Lord and Taylor. More than a few people will identify with her longing for her past shopping with family members.

But far more than nostalgic memories will be involved when Lord and Taylor closes, and the same sense of loss will surely be felt as other retailers, who have somehow managed to hold on till now, finally go under.

In years past, few people in the food chain of media consumers would have questioned how retail analysts’ predictions of store closures or bankruptcies were derived, let alone how closely they accorded with reality by year’s end. They were preconditioned to accept Wall Street’s fascination with bright and shiny novelty and with “disrupters” rather than with traditional industries enjoying healthy profits (a distinction that Amazon, for instance, couldn’t claim until four years after going public).

But 2020 is different. Consumers were uneasy about venturing into stores as COVID-19 hit, and in areas that remain hot spots they will remain wary, even in states where restrictions are increasingly eased.

Additionally, as one shoe store employee explained to me recently, most customers don’t realize how badly supply-chain disruptions are hurting retail revenues. The range of these impacts is “long and varied,” according to a June report by Accenture, including demand drop-off in fashion apparel; lower operational productivity because of health and hygiene requirements and government-mandated shutdowns; and stranded, aging inventory.

The pain of consumers and retailers, then, was intense and widespread even in early spring. This time, analysts and the press will not be exaggerating: the casualty rolls of retailers will be lengthy.

Since Lord & Taylor filed for bankruptcy, Stein Mart and Century 21 have followed suit. Don’t expect the casualties to stop there. Whole chains will either go under or, as in the case of Brooks Brothers (acquired by Authentic Brands Group and Simon Property Group) go on life support. Luckier chains will examine their portfolios, identify underperforming units, and prune them now before they are weighed down later.

But naysayers had better be careful as they hover over bleeding retail institutions. Quite apart from the tax revenues and employment they generate for communities, physical stores are crucial to the economy for multiple reasons. Their shrinking in the post-COVID landscape is a cause for deep concern and even anxiety.

The impact on newspapers

Newspapers have barely restrained themselves in reporting on these difficulties being experienced by physical locations. Yet, though reporters have written ad nauseum about the closure of one major metropolitan newspapers after another, precious few seem to make the connection that their papers—and, hence, their own jobs—are hardly helped—indeed, they are further endangered—by retail closures.

When stores close, papers lose prime sources of advertising revenues. Advertising revenues for newspapers fell 62% from 2008 to 2018, according to a report by Pew Research. Even newspapers able to generate profits, such as The New York Times and The Washington Post, have been doing so largely through gains in subscription revenues rather than ad revenues.

Online advertising hasn’t helped them make up the difference. An April 2019 article by www.eMarketing.com estimated that digital ad spending for newspapers would only grow 2.3% for that year.

In other words, when it comes to longtime institutions, newspapers should not ask for whom the bell tolls—it tolls for thee.

The “treasure hunt” aspect of shopping

At their best, stores offer the delight of the unexpected, the possibility of finding an unusual item when least expected. The consumer’s delight in a bargain is not merely tangible, but electric.

This “treasure” hunt element, however, is much more difficult to replicate online. Consumers seldom have the patience for getting beyond a few clicks to find a special item. By necessity, retail websites are plain, limiting the chance that a one-of-kind piece of merchandise will turn up. It is extremely difficult to find one product when one must browse through multiple ones online. Patience wears thin.

Shopping as a social experience

With all the fears created by COVID-19, it is remarkable that so many people still want to go to stores. Shoppers might want to avoid crowds and traffic, but that does not mean they wish to sit in their homes making all their purchases. Never going to a store, missing the chance to shop with family or to bump into friends, is isolating and stressful in its own way, further weakening communal ties.

The hub of an omni-channel world

Misunderstanding about the impact of digital channels predated the current crisis, however. In their desire to simplify a retail environment affected by multiple factors (the withering of the American middle class also played a part, for instance), major news media such as The Wall Street Journal largely soft-pedaled a truly transformative development in store operations: the convergence of physical and detail operations into an omni-channel environment in which stores would create a unified, integrated approach in the service of a seamless experience for customers.

Before COVID-19 hit, retailers were increasingly discovering that physical locations exerted a “halo effect,” or the direct impact of physical stores on digital engagement and consumer awareness of a brand. Additional omnichannel spending will occur within days of making a purchase in a physical store or online, according to two studies by the International Council of Shopping Centers (ICSC).

As part of omni-channel retail, the presence of a physical location also aids in returning merchandise. Even amid COVID-19, consumers continue to crave that capacity, with 58% of U.S. consumers preferring to return merchandise in store, according to a survey by Inmar Intelligence, a data and tech-enabled services company. Increased online sales has brought with it gains in items sent back to retailers, which can cut into a company’s profits.

Having a store allows retailers another means of re-circulating items closer to consumers. At the same time, by stocking other merchandise geared towards impulse buying close to the front of the store, retailers can capitalize on ancillary purchases, helping to offset return costs, which now amount to at least 10% of total retail sales, according to Wharton marketing professor Thomas S. Robertson.

When the dust settles, retailers will need to resume the task of re-educating retail analysts and reporters on the significance of all of this. In the meantime, however, many may be forced to close many of the very locations that in the long run could improve company profitability.

(By the same token, keep in mind that the crisis that doomed so many stores was a once-in-a-century medical event, foreseen by none of the industry’s skeptics. Remember the fall of 2001, when anonymous letters with anthrax spores began arriving at large media organizations and Congressional organizations? Imagine that event, except with more randomly selected targets with a terrorist able to pursue it over a longer period, and you might begin to imagine the widespread panic that could ensue with packages delivered to homes. It would resemble how consumers began to freeze in place before many states even issued lockdown orders.)

Online operational units may not be aware of all the ramifications of how their products are delivered. This was illustrated vividly for me when I recently ordered a large TV set. A problem with a link sent to complete my phone order led me to a physical store to finish the process instead.

There, as the order was being inputted again, I noticed that the delivery time for the TV would take longer than when I had tried to order it from my home. The store clerk told me that the company’s online rep may not have been aware that the time he was promising could have occurred only because the product would be delivered by a third-party firm whose performance had led to complaints that packages had shown up late or not even been delivered at all.

Physical stores are de facto town hubs, where families not only shop but friends may encounter each other. These stores have stakes in the vitality of their communities because their success depends on it, in a way that more digitally oriented companies do not have.

Hoping for the best in the new retail world

In crises, good sometimes emerges from all the difficulties, and very likely this will happen again whenever shoppers no longer sense a threat to their health and they return to stores.

By that time, the sanitation practices forced by the crisis will have become standardized in physical locations. Heating, ventilation and air conditioning will be changed, upgrading indoor air quality. Employees at corporate offices who don’t have to work onsite will be permitted and maybe even encouraged to stay home.

Click-and-collect—i.e., buying online but picking up in store—had already been booming before COVID-19. It is likely to become even more important now.

And management may look less to overambitious expansion plans and more towards improving sales and reducing costs as growth strategies.

But before that day comes, the cost will be steep, and Americans will rue the loss of physical stores for utilitarian rather than sentimental reasons.