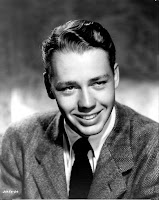 Nov. 12, 1920— Richard Quine, a young B-movie actor who transitioned to a director who collaborated on bubbly ’50s comedies with such stars as Jack Lemmon, Kim Novak, James Stewart, Judy Holliday, and Mickey Rooney, was born in Detroit, Mich.

Under contract for more than a decade to Columbia Pictures, Quine never became a critical favorite the way that fellow directors Billy Wilder and friend Blake Edwards did, perhaps because he wrote comparatively fewer screenplays and exhibited less open cynicism.

But he was adept at getting the maximum number of laughs from material that would have been inert in other hands, and he was trusted enough to guide the early careers of stars like Lemmon and Novak.

The collaboration with Jack Lemmon was crucial in establishing his career and the actor’s. Having started in vaudeville as a child and even singing on the radio for a time, Quine had become a contract player with MGM during WWII, only to tire of the subpar material he was handed. (One of the few good professional products of that employment was his friendship with Mickey Rooney, with whom he would make several friends and the one-season sitcom The Mickey Rooney Show in the mid-1950s.)

But at Columbia, Quine directed Lemmon in his first screen test, and would go on to make six full-length features with the actor, including My Sister Eileen, Operation Mad Ball, Bell, Book and Candle, It Happened to Jane, The Notorious Landlady and How to Murder Your Wife.

Though many cinephiles cite My Sister Eileen as an underrated example of 1950s musical comedy, it was probably Bell, Book and Candle, a romance between a witch and a publisher, that represented him at his peak.

Not only was the experience of working with Lemmon (in a secondary but amusing role) agreeable, but Quine delighted in how Ernie Kovacs could take one of his suggestions and run with it; effectively used cinematographer James Wong Howe to capture the Greenwich Village setting at its enchanting Christmastime best; and directed Stewart in what became the actor’s last role as a romantic leading man.

This 1958 adaptation of John Van Druten’s Broadway comedy was a box-office hit that helped inspire the 1960s sitcom Bewitched. Bell, Book and Candle remains one of the few films to show up regularly in the run-up to both Halloween and Christmas.

That movie was also a product of the long-running project he had been given by Columbia head Harry Cohn: guiding the career of Kim Novak, successor to Rita Hayworth as the studio's designated goddess, a blonde possessed of both stunning allure and ambivalence about the studio's control of her image and roles. In time, the professional association between actor and director turned personal as well, with the two becoming engaged during production of their third film, Strangers When We Meet.

That relationship ended, as most of his did with Quine, who during his life would be married four times and date numerous other actresses, including Holliday and Natalie Wood.

The remaining movie that Quine made with Novak, The Notorious Landlady (1962), was a suspense comedy with an original screenplay written by Blake Edwards that was turned over for radical surgery to Larry Gelbart.

For a Hollywood used to disasters like Heaven’s Gate, it could not be termed a “troubled production,” but—with a narrative arc that resisted detection—it can safely be called “problematic.” The best guide to it was Gelbart, in his 1998 autobiography, Laughing Matters:

“Quine was in a bind. He needed new pages, lots of them, and he needed them before yesterday. His actors were assembled and he needed to start shooting right away.”

The future developer of the TV adaptation of M*A*S*H, still a relative neophyte to the movies, was assured that what he submitted was fine, and got to meet along the way a youthful hero, Broadway playwright S.N. Behrman. Then came the usual Tinseltown story, “the everyday run-of-the-mill betrayal”:

“One day, working on the last few scenes of the script, I heard gales of laughter coming from the office next to mine, the office of the producer of the picture, Fred Kohlmar. Putting a drinking glass to our common wall, a primitive but time-tested way of eavesdropping, I soon realized that the laughers were Kohlmar and Richard Quine. There was a third laugher in the room. It was S.N. Behrman. What the three men were enjoying so heartily was Behrman’s rewrite of a portion of my rewrite — the one they kept telling me was going so well. Without informing me, Behrman had been working behind me, improving my improvements, with Quine billing and cooing in his ear.”

The outcome of this—pardon the word, MASHup—was, depending on the viewer, idiosyncratic or eccentric. Or, as Lemmon later recalled: “I delivered lines with absolute conviction, and I haven't the faintest idea what they meant."

The lame results didn’t undercut Lemmon’s friendship with his mentor, who (along with Wilder) would shortly serve as best man at the actor’s wedding to Felicia Farr and who would guide him in another black comedy, How to Murder Your Wife.

But Hollywood as a whole would not sustain similar loyalty, particularly as it observed the tepid box-office outcome of Quine’s attempt to follow the example of Wilder and Edwards in expanding into more dramatic territory in films like Synanon (1965), Hotel (1967), and The Moonshine War (1970).

Quine’s initial turn toward TV—persuading the reclusive former movie star Jean Arthur to come out of retirement in 1966 for a sitcom in which he served as executive producer—flamed out after one season. He worked fitfully but more assiduously (and, perhaps, more effectively) in that medium in the 1970s, including three interesting episodes of Peter Falk’s detective series Columbo.

But Quine was becoming increasingly frustrated, even quietly desperate. His last project, The Fiendish Plot of Dr. Fu Manchu (1980), turned into a nightmare of creative differences and then firing by the film’s mad star, Peter Sellers.

Quine's suicide by gunshot in Los Angeles nine years later resulted, depending on who one talked to, from either failing health or deepening regret that the kind of movies he used to make were no longer given the green light in Hollywood.

(For a perceptive appreciation of Quine's career, I urge you also to read Joe Baltake's April 2018 post on the film blog, "The Passionate Moviegoer.")