Movie Quote of the Day (‘All About Eve,’ As a Critic Introduces His 'Actress' Date for the Night)

Margo Channing [played by Bette Davis]: “I distinctly remember, Addison, crossing you off of my guest list. What are you doing here?”

Addison DeWitt [played by George Sanders]: “Dear Margo, you were an unforgettable Peter Pan. You must play it again, soon. You remember Miss Casswell.”

Spiritual Quote of the Day (Seneca, on How ‘God Is Near You’) “God is near you, with you, inside you. Yes, Lucilius, there is a holy spirit abiding within us who observes our good deeds and bad and watches over us. He treats us according as we treat him. No man is good without God. Could any man rise above Fortune without his help? It is he that imparts grand and upstanding counsel.”—Roman Stoic philosopher, essayist, playwright, and imperial adviser Lucius Annaeus Seneca (4 BC-65 AD), Epistle 41, in The Stoic Philosophy of Seneca: Essays and Letters, translated by Moses Hadas (1958)

(The image accompanying this post— a bronze statue of Seneca in Cordoba, Spain, by the sculptor Amadeo Ruiz Olmos—was taken by PRA.)

Quote of the Day (Simone Weil, on Attention) 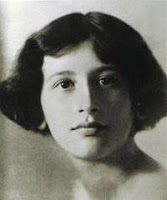 “Attention is the rarest and purest form of generosity.”— French essayist and philosopher Simone Weil (1909-1943), letter to Joe Bousquet, April 13, 1942, quoted in Simone Pétrement, Simone Weil: A Life (1976), translated by Raymond Rosenthal
Posted by MikeT at 9:26 PM No comments: 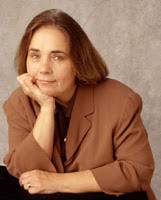 “Cynics might presume that no candidate has ever, in history, actually reached a fund-raising goal. Really, do you ever remember getting a note saying: ‘Thanks, guys! We’ve got all the money we need now! Give to your pet shelter.’

“You do have to feel some sympathy — Senate campaigns are wicked expensive. The question is whether you should respond to this barrage of email requests for donations. The downside, as you probably suspect, is that it will make you an even more popular target.”—Political commentator Gail Collins, “Do You Think Your Newfound Popularity Has Something to Do With Politics?” The New York Times, Sept. 8, 2022

Quote of the Day (Miguel de Cervantes, on How Don Quixote Went Mad)

“Finally, from so little sleeping and so much reading, his brain dried up and he went completely out of his mind.” —Spanish novelist Miguel de Cervantes (1547-1616), Don Quixote de la Mancha (1605)

Miguel de Cervantes—born on this day in 1547—is lucky to have stayed alive long enough to write his masterpiece. At the Battle of Lepanto in 1571, he suffered three grave wounds—two gunshot wounds to the chest and another that completely maimed his left hand.

As if that weren’t enough, he was captured by pirates and imprisoned for five years, then jailed on two more occasions owing money to the treasury from a shortage in his accounts.

Maybe Cervantes needed to find a laugh somehow, somewhere to get his mind off his terrible situation. In any case, he came up with one of the great satires in world literature: a parody of chivalric romances.

In the process, he offered the world one of the most indelible depictions of the clash between illusion and reality, in this scene that has become immortal:

“Look there, Sancho Panza, my friend, and see those thirty or so wild giants, with whom I intend to do battle and kill each and all of them, so with their stolen booty we can begin to enrich ourselves. This is nobel, righteous warfare, for it is wonderfully useful to God to have such an evil race wiped from the face of the earth."

"The ones you can see over there," answered his master, "with the huge arms, some of which are very nearly two leagues long."

"Now look, your grace," said Sancho, "what you see over there aren't giants, but windmills, and what seems to be arms are just their sails, that go around in the wind and turn the millstone."

"Obviously," replied Don Quijote, "you don't know much about adventures.”

(The image accompanying this post comes from the film adaptation of Man of La Mancha, with Peter O’Toole as Don Quixote.)

Quote of the Day (Christopher Marlowe, on the Mistaken Belief That ‘A Sound Magician is a Mighty God’) 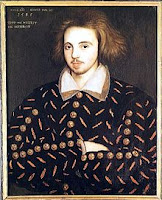 “O, what a world of profit and delight,
Of power, of honour, of omnipotence,
Is promis'd to the studious artizan!
All things that move between the quiet poles
Shall be at my command: emperors and kings
Are but obeyed in their several provinces,
Nor can they raise the wind, or rend the clouds;
But his dominion that exceeds in this,
Stretcheth as far as doth the mind of man;
A sound magician is a mighty god:
Here, Faustus, tire thy brains to gain a deity.”—English playwright-poet Christopher Marlowe (1564-1593), Doctor Faustus (ca.  1589-1592)
Posted by MikeT at 4:13 AM No comments:

Quote of the Day (John Milton, on the Need for Vigorous Debate in Speech and the Press) 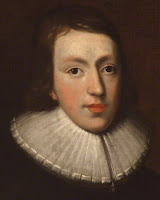 “Where there is much desire to learn, there of necessity will be much arguing, much writing, many opinions; for opinion in good men is but knowledge in the making.” —English poet John Milton (1608-1674), Areopagitica: A Speech for the Liberty of Unlicensed Printing, to the Parliament of England (1644)
Posted by MikeT at 4:16 AM No comments: