Quote of the Day (Peter Bogdanovich, on the Magnetism of Montgomery Clift) 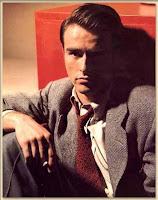 “[Montgomery] Clift had been a kind of unacknowledged leader. His performances in [Howard] Hawks’ Red River (his first movie, though [Fred] Zinnemann’s The Search was released earlier), in [William] Wyler’s The Heiress, in [George] Stevens’ A Place in the Sun, heralded a new acting style. It came to be known, inaccurately, as the Method. After Clift came Brando, and after Brando, James Dean. Clift was the purest, the least mannered of these actors, perhaps the most sensitive, certainly the most poetic. He was also remarkably beautiful. Over eight years he acted in eight films, became a teenage heartthrob as well as a popular star with older audiences. He was nominated for Best Actor Oscars three times in six years and should have won each time. He gave at least four performances – in Red River, in A Place in the Sun, in I Confess and in Zinnemann’s From Here to Eternity – that remain among the finest anyone has given in the movies.”— Peter Bogdanovich, Who the Hell’s in It: Portraits and Conversations (2004)

Montgomery Clift was born 100 years ago today in Omaha, Neb. Bogdanovich describes meeting this “most romantic and touching actor of his generation” at a 1961 showing of I Confess at a New York revival house.

As a result of a horrifying car accident three years before that wrecked his looks, Clift was on the downside of his career and five years away from his death at age 46. (I discussed that career- and life-changing incident in this post from 11 years ago.)

Bogdanovich’s narration of this encounter is profoundly poignant and moving. But to get beyond the tragic facts of his life to why we continue to value Clift’s work—the sheer labor, intensity and sensitivity he brought to each role—I recommend this post from the blog “And So It Begins” by director Alex Withrow.