Quote of the Day (Theodore Roosevelt, on “Malefactors of Great Wealth”) 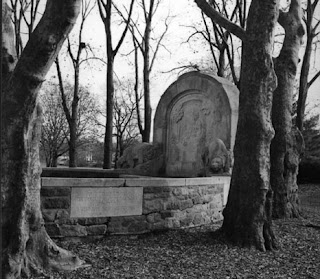 “It may well be that the determination of the government (in which, gentlemen, it will not waver) to punish certain malefactors of great wealth, has been responsible for something of the trouble; at least to the extent of having caused these men to combine to bring about as much financial stress as possible, in order to discredit the policy of the government and thereby secure a reversal of that policy, so that they may enjoy unmolested the fruits of their own evil-doing. . . . I regard this contest as one to determine who shall rule this free country—the people through their governmental agents, or a few ruthless and domineering men whose wealth makes them peculiarly formidable because they hide behind the breastworks of corporate organization.”—Theodore Roosevelt, Address at the Pilgrim Memorial Monument, Provincetown, Mass., August 20, 1907

(Theodore Roosevelt was not a flawless hero. His "Big Stick" for dealing with Latin America gave the United States a reputation as a "gringo" power that we have never really lived down. Before becoming President, he pushed for an imperialist policy that included quelling insurrection in the Philippines—only to decide privately, by the end of his second term, that America could not retain it as a possession. Like many others of his time, he believed that the "winning of the west" demonstrated the superiority of the Anglo-American race rather than the tragic destruction of Native-Americans here for centuries before whites.

But today, on the 150th anniversary of the birth of Teddy Roosevelt, we celebrate—and mourn the passing of—his willingness to take on the "malefactors of great wealth" in the United States, the forces of greed and destruction in the American West he loved, and retrograde forces in the Republican Party.

Together with Woodrow Wilson, T.R. spearheaded the agenda of the Progressive movement in the United States in the first two decades of the 20th century. Their different temperaments—and eventual clash of ambitions—led John Milton Cooper, in his insightful dual biography, to refer to them as "The Warrior and the Priest." In certain ways—notably, his advocacy of civil rights for African Americans—Roosevelt was superior to Wilson.

Nevertheless, it would be a mistake to see Roosevelt as fundamentally liberal. And, Michael Knox Beran's recent retrospective comparison of John McCain and his hero T.R. to the contrary, the President was not an exemplar of "reactionary progressivism."

Instead, Roosevelt was, I would argue, a Burkean conservative. For evidence, look at one of the key passages in Reflections on the Revolution in France, Edmund Burke's tract, written in white heat, against the excesses of social tumult unmoored by tradition.

The Irish-born statesman made a crucial distinction between "change" and "reform." The former, he argued, was a mere mindless exchange of one set of policies for another, risking the wholesale loss of great tradition just for the sake of one or two matters that could be changed easily. The latter addressed these specific issues in a prudent, constitutional fashion, without damaging the carefully woven social and political fabric of centuries.

Listen again to any of the major debates that have consumed the electorate over the past year, and what do you hear? The word the candidates prefer—no doubt at the behest of their political consultants—is "change," a word that, throughout this campaign, has become emptied of any content that might allow the eventual victor that ever-elusive "mandate."

I will be voting for Barack Obama in a week's time, but I would have felt more comfortable if he had spoken less of "change" and more of "reform." A mere rotation of parties, as necessary as it is, will cure little of what ails our financial system.

That system hit the skids because Capitol Hill lawmakers, sliding along on financial lubricants provided through Fannie Mae and Freddie Mac, did nothing to rein them in. Virtually nobody of either party seriously questioned our two-decade-plus experimentation with deregulation until it was too late.

The first Presidential nominee of the post-Watergate era to forego public financing, Obama has managed to reverse the traditional GOP fundraising advantage. At the same time, he has left himself beholden to more than a few well-heeled hedge-fund donors. All this without virtually a peep from the editorial pages of The New York Times, which until this year had let hardly a day go by without a call for campaign-finance reform.

I'm afraid that I'm voting less for the "audacity of hope" than against the proven fear that the Republican Party just doesn't get that a) they were part of the problem in the first place with their lack of oversight of Wall Street, and b) their harping on William Ayres—at a time when the economy is being sucked into a whirlpool—only demonstrates their lack of seriousness about governing.

T.R.'s assault on the "malefactors of great wealth" attempted to prevent the kind of revolution of the have-nots that Burke feared—rightly, as it turned out—because of its potential for violence. Roosevelt knew that billionaires, for all their philanthropic ventures, could act criminally, and he used the government to save capitalism from their worst excesses.

That same rapacity threatened to despoil large portions of the West—until T.R. pushed through the most enduring part of his legacy, his program for conservation of resources (something I documented in this post from earlier this year). The photo ccompanying this post comes from a memorial to the President's conservation program—one of 19 outdoor monuments to T.R., but the only one of these specifically commemorating his conservation efforts. The monument is located in the appropriately named Roosevelt Commons of Tenafly, N.J.

As dispiriting as John McCain's clueless campaign has been Sarah Palin's chant, "Drill, baby, drill." Unlike many, I believe that the media have been unfair in reporting a number of aspects of her personal life (her kids, like those of other candidates, should not have be put under a media microscope) and, to a lesser extent, her record as governor. But her full-throated advocacy of drilling for oil in environmentally sensitive areas runs directly counter to Theodore Roosevelt's legacy and, by itself, raises questions of whether she would operate in the national interest if elected.

On a personal note: Roosevelt is just so much more fun than politicians today. His rise from asthmatic youngster to physically fit adult is one that should inspire anyone who thinks he cannot make his life over. As a librarian and writer, I love the fact that he brought whole satchels of books with him even when he went on his safari and campaign trips. Every day he breathed in his all-too-short 60 years, he lived "the strenuous life.” He left his country—and, we indisputably know now, his party—badly diminished when, exhausted by his “crowded hours,” he came to the end of it.)
Posted by MikeT at 4:26 PM

The Roosevelt Commons in Tenafly has since been restored. The large tree immeditately adjacent to the monument have been removed, the limestone has been restored, including missing (ears on animal) features. The surrounding landscaping has been vastly improved. It now seems less like a mausoleum and is used for children's presentations.